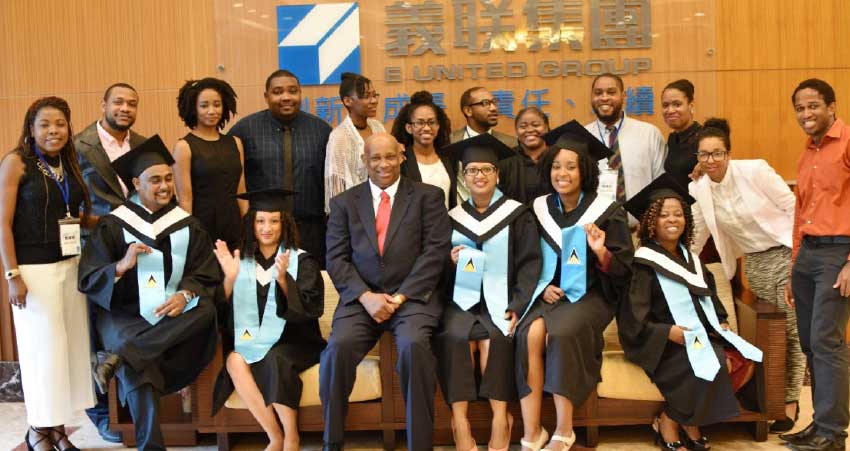 SEVEN St. Lucian medical students were among 32 international students from 12 countries who graduated on Saturday, June 3 at the I-SHOU University School of Medicine in Southern Taiwan.

The I-SHOU University School of Medicine International Students Programme was specially designed for students from ally countries of Taiwan where the courses are taught in English.

The graduation ceremony featured an address by the Vice-President of Republic of China (Taiwan) who delivered his address via video due to him having to deal with an emergency brought about by heavy rains which caused widespread damage to north and central Taiwan over the weekend.

The list of dignitaries in attendance included the Foreign Minister and other senior officials of the Ministries of Foreign Affairs, Economic Affairs and Education of Taiwan. Ministers of Education and Health from some of the ally countries of Taiwan, Ambassadors and other representatives from various countries were also in attendance.

Over the next two weeks, five more St. Lucian students will graduate from various disciplines to include Agricultural Science, Sports Medicine and IT, from various universities in Taiwan.

Currently, there are 71 St. Lucian students studying in Taiwan, including 14 pursuing medical studies, in addition to the 7 who have just completed their studies.