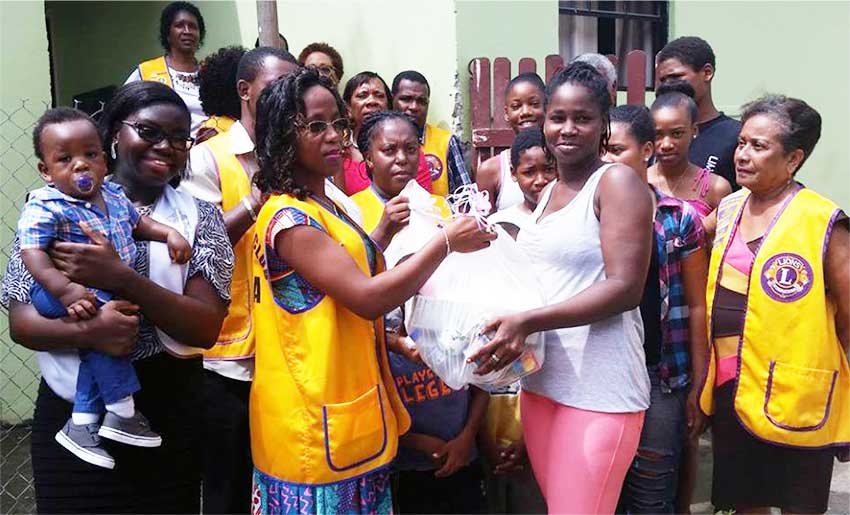 IN response to social problems created by World War I and rapid industrialization, in 1917 a Chicago businessman named Melvin Jones invited business clubs from around the USA to a meeting where the Association of Lions Clubs was formed. June 7 marks the 100th anniversary of Lions.

To celebrate the centennial, Lions International President, Joe Preston, in 2014 challenged Lions and Leos the world over to serve 100 million people by 2018. The Centennial Service Challenge is a humanitarian initiative that brings Lions clubs around the world together in service.

“This is a special time for Lions Clubs International and our members,” said Preston. “For nearly 100 years, Lions clubs have served their communities and touched the lives of millions of people. The Centennial Service Challenge is an opportunity for Lions to celebrate our 100th anniversary by doing what we do best – serving others.”

Over the last three and a half years, Lions Clubs continue to work to achieve the goal of serving at least 100 million people by participating in the association’s Global Service Action Campaigns, which support youth activities, vision programmes, hunger initiatives, and environmental projects around the world.

“Lions clubs are known for their efforts to save sight, but we do so much more,” said Preston. “The Centennial Service Challenge highlights the important humanitarian work we do and our impact in communities around the world.”

International President, Robert Corlew (2016-2017) in commenting on the centennial service challenges said: “As members of the world’s largest service club organization, we change lives. We serve because the world needs us now more than ever (and) we can achieve so much more when we work together. I hope you’ll join me as we celebrate our storied history of service, look toward our second century of service and show the world that wherever there’s a need, there’s a Lion.”

The centennial celebrations will culminate in Chicago, the founding city, during the international convention from June 30 – July 4.

To help launch our second century of service, Lions Clubs International is rolling out “LCI Forward”, a new global service initiative. In addition to other traditional areas, “LCI Forward” will focus on five core areas, namely:

Diabetes —Diabetes contributes to more than 5 million deaths a year, making it the eighth-leading cause of death in the world. Lions and Leos are confronting this global health emergency by raising awareness of diabetes.

Vision — Lions and Leos help save sight. Since Helen Keller challenged Lions to become “Knights of the Blind” in 1925, we have improved eye health and eye care for hundreds of millions of people around the world. Today, 80% of vision impairments are preventable or curable, so our service is more important than ever before.

Hunger — Nearly one billion people go to bed hungry every night. That’s why Lions and Leos are hard at work addressing this global need by providing help and hope to the children, families and neighbours who need it most.
Environment — The health of our planet is essential to life. The environment impacts the quality of our air and water, the availability of food and medicine, the health and beauty of our local communities, and the future of us all. We believe that a healthy planet is fundamental to the wellbeing of all.

Pediatric Cancer — Children are a gift to the world, yet every two minutes a child is diagnosed with cancer and less than half of the world’s children have access to effective care. Children who survive cancer are often left with debilitating effects that can impact their physical development and ability to learn. That’s why Lions and Leos are answering the call to expand access to life-saving treatment and support the children and families who need us most.

In Saint Lucia, on June 24, we mark the 50th anniversary of Lionism. This significant milestone will be recognized with the first-ever Zone Installation ceremony when all five Lions and two Leo clubs will come together to install the Boards of Directors to serve for the ensuing year.

If you are service-minded and want to give back to community, come join a local Lions or Leo Club near you.