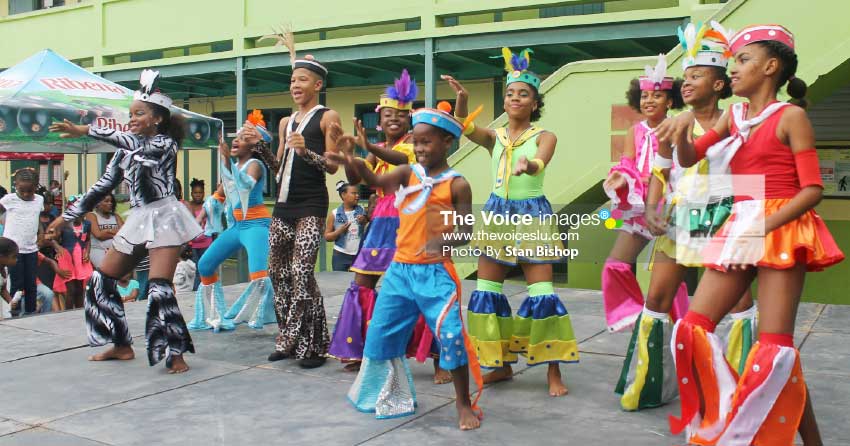 PRESS RELEASE – JUNIOR Carnival defending champions, Just Us Kids, have their sights set on an unprecedented seventh win with the portrayal Mkali-Africa, or ‘Bright Africa’.

The band enters this year’s National Junior Carnival on July 9 with an unbeaten record of six consecutive ‘Junior Band of The Year’ titles since 2011. It will do so with its popular stilt walkers section which has been a distinctive feature of the annual portrayal and a unique spectacle contributing to the theatrical element which the band incorporates as a design aspect of the mas.

CIBC FirstCaribbean has partnered with the junior champions for the third consecutive year as gold sponsor. In that sponsorship category, the bank is supporting the inclusion of a full costumed section with over 16 junior revellers who would otherwise not have the means to participate in the carnival tradition while acquiring marketable skills as stilt walkers.

Just Us Kids Junior Carnival Band leader, Barry George, is a well-known and award-winning proponent of theatre and dance in Saint Lucia. He said an important aim of the band is to foster youth innovation in the design and execution of carnival events.

“We portray themes and execute them in theatrical style, using this medium as a way to educate, advocate and entertain, not as ‘bacchanal’ as it is often portrayed, but street theatre performances which highlight how carnival should be,” he said.

Just Us Kids Junior Carnival Band conducts annual carnival arts training workshops for its members and secondary school theatre arts students. These focus on costume building, designing and ensuring that there is a continuation of carnival builders in Saint Lucia.

CIBC FirstCaribbean’s Country Manager, Ladesa James-Williams, registered the bank’s pleasure in supporting “a tradition of excellence”. She noted that Just Us Kids’ approach “contributes to succession planning for carnival, which is both a cultural tradition and art. We are big on youth development, on culture, and on initiatives that promote excellence, and will definitely be there to share in the spectacle this year.”

Just Us Kids was formed in 2008 to address the problem of the largely adult orientation of Saint Lucia Carnival at that time.