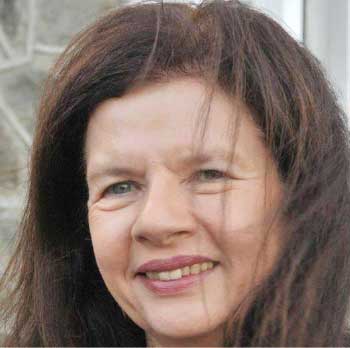 LECTURER at Sir Arthur Lewis Community College and author of three titles, Jane King Hippolyte, will be the featured writer in this month’s ‘Laureate’s Chair’ hosted by the Saint Lucia Writers Forum.

Hippolyte, who was born in Saint Lucia, has a rounded education, having studied in Trinidad and Tobago, Barbados, Saint Lucia and Scotland. She received her higher education with degrees in English, Law and a teaching Certificate. She was awarded an MA in Literary Studies at Deakin University, Australia.

She has worked as a secondary teacher in Scotland and Saint Lucia, and is a senior lecturer in English at the Sir Arthur Lewis Community College. She has also been an assistant chief examiner for CAPE Literatures in English and has served as a judge and chairperson for the Commonwealth Writers Prize.

The recipient of several literary awards, Hippolyte has a number of acting and directing credits in theatre and was a founding director of the Lighthouse Theatre Company. She has been very active in community services.

Hippolyte is the sixth person to sit in the chair this year. She follows Margo Thomas, Mechoir Henry, Gandolph St. Clair, Dr. JoilenHarmsen, and Rick Wayne.

The ‘Laureate’s Chair’ is a public reading activity and takes place at the Castries Central Library today at 7:00 p.m. Admission is free.