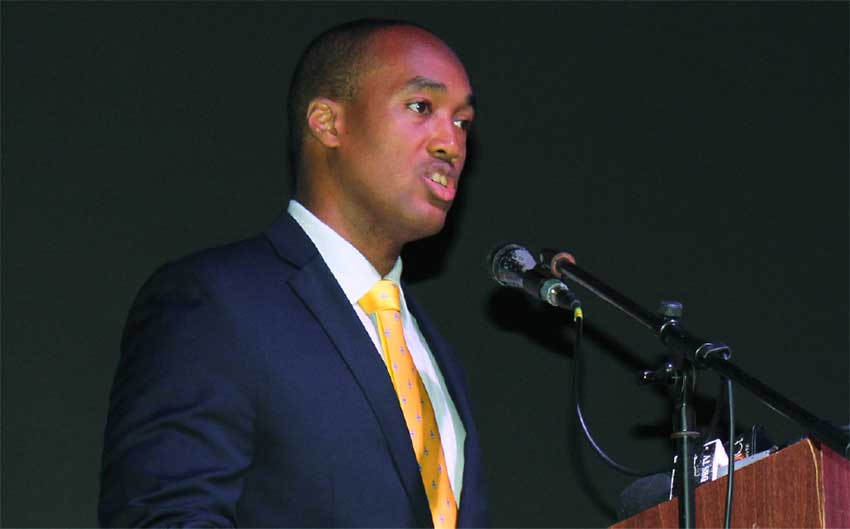 PRESIDENT of the Saint Lucia Hotel and Tourism Association (SLHTA), SanovnikDestang, said local and international guests at hotels are becoming increasingly keen on experiences which support healthier lifestyles, contact with nature, heritage and cultural immersion. However, he called for more to be done in developing the tourism product.

At the time, Destang was addressing the open session of the 53rd Annual General Meeting of the association at the Royalton Saint Lucian on Friday afternoon.

“Product development is fundamental to enhancing the variety of our offerings. As long as we ensure that development is consistent with the principles of consultation, preservation of our biodiversity and natural ecosystems and harmonizes with what we want as a people, then we will be headed in the right direction,” Destang said.

Heritage tourism, he said, is a multi-million-dollar industry which deserves more policy and legislative attention.

Tourism in St. Lucia is a formidable economic impactor, generating 17,500 jobs directly in 2016, according to reports from the World Travel and Tourism Council in its assessment of the economic impact of tourism on St. Lucia.

Destang notes that this accounts for 22.7 percent of total employment in the country and is expected to grow this year.

“Our efforts at reducing unemployment have been further improved with the growth of our Hospitality Apprenticeship Programme for Youth (HAPY) and the establishment of our Hospitality Training Centre (HTC) which have trained 540 persons and 717 employees respectively to date,” Destang said.

Given the importance of tourism to the country, it was natural for Destang to touch on the safety and security of citizens and visitors alike.

According to him, peace and security are fundamental to the country’s democracy and symbolizes its maturity as a nation to effectively address the people’s divergent views on issues, mediate and resolve their conflicts, tolerate their differences and abide by consensus in their undertakings.

“We applaud efforts to strengthen the respective offices responsible for investigating and resolving crimes, particularly those which have been pending for many years now. We must adopt a zero tolerance for all manner of criminal activity. Through our re-energized Safety and Security Committee, the SLHTA will continue to collaborate with authorities to further strengthen out interventions in this regard,” Destang said.

Tourism is the primary driver of the country’s economic growth. Over the past few years, there has been increased investment in the accommodation sector and, according to Destang, several properties have engaged in varying degrees of refurbishment in their ongoing efforts to effectively compete in the global marketplace.
“More recently, we have also witnessed a significant increase in the informal accommodation sector, with many private homes, newly-constructed villas and apartments offering stays and experience to guests. There is little doubt that if we continue along this trajectory, we will begin to see marked reduction in unemployment, stronger linkages between tourism and other sectors and greater economic activity,” Destang said.

Soliel, the umbrella body that controls six festivals over a span of six months, also received the blessings of the SLHTA.

Destang said the Summer of Festivals, which Soleil is also known as, is a creative initiative that the SLHTA applauds.

Through the festivals, Soleil will be showcasing the country’s music, culinary and cultural talents along with its heritage and has been described by Destang as a step in the right direction.