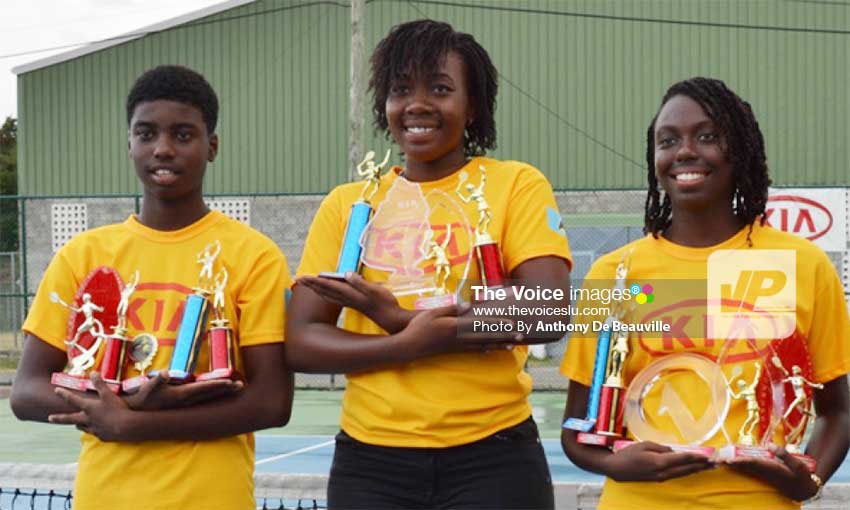 SIX of the island’s top junior tennis players are currently in Barbados participating in the C.O. Williams International Tennis Tournament (ITF) which serves off today and ends next Friday.

Leading Saint Lucia’s charge at the tournament is the 2016 junior female tennis player of the year, Meggan Williams, a student of the Leon Hess Comprehensive School. She will have alongside her brother, Maxx, and cousin Dara Sidoine. The trio collected a combined 14 trophies at the KIA Independence Classic held in February at the National Tennis Centre.

Also making the trip to Barbados are the ever-consistent brothers Aidan and Adriel Bousquet. Adriel captured the 2015 Junior Sportsman of the Year title. Also joining the team is Jn. Phillipe Murray, currently attending college in the USA.

While in Barbados, they will compete against players from 27 regional and international countries, including USA, Hungary, Norway, Canada, Great Britain, Japan, Russia, Greece and host Barbados which has whopping 34 players.

Following the Barbados leg, the six players will move over to Trinidad and Tobago to compete in that country’s ITF Junior Tournament from April 16.