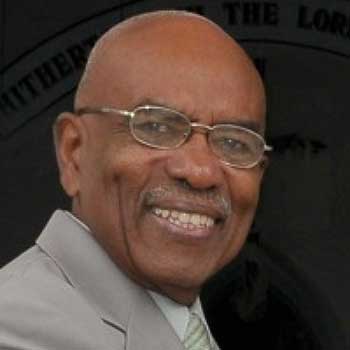 RETIRED Barbadian journalist Harry Mayers, one of the visiting participants in the Homecoming Celebrations of the Methodist Church in St Lucia declares that he is still very much in the news business – but this time he is proclaiming only Good News.

A Methodist preacher for the past 10 years, Mayers said: “I enjoyed news reporting but it dawned on me that I could spend my whole life writing about complaints, problems, promises that are recycled over time simply because we forget to look to the solution, Our Lord and Saviour Jesus Christ.”

Mayers was a school teacher for a brief period before entering journalism, working at the Barbados Daily News, the Advocate, Reuters Caribbean News Service and the Caribbean News Agency (CANA) where he served as general manager for 13 years.

After a brief stint running his own commercial enterprise, he returned to journalism at the Barbados Nation where he held the post of editor of the Barbados Business Authority until his retirement.

He has been twice married to the same wife. Said Mayers: “That’s another story of how God called me back to Him. That’s one of my many testimonies of God’s love for His creation and that includes even me.”

Mayers who presently assists with the pastoring of one of the 20 Methodist churches in Barbados, said: “I am looking forward to working with Rev. Seth Ampadu who has a tremendous passion for the proclamation of the Gospel”.

Also coming to St Lucia for the Methodist Church’s Homecoming is Grenadian revolutionary turned preacher Leon Cornwall, who served 25 years in prison for his part in the murder of former Grenada Prime Minister Maurice Bishop in 1983 and who repented and gave his life to Christ after his release.

The two visiting preachers will address several Church gatherings in Castries, Gros Islet, Forestiere and Ciceron during their stay here during the month of April. The venues and times of their appearances will be announced later.