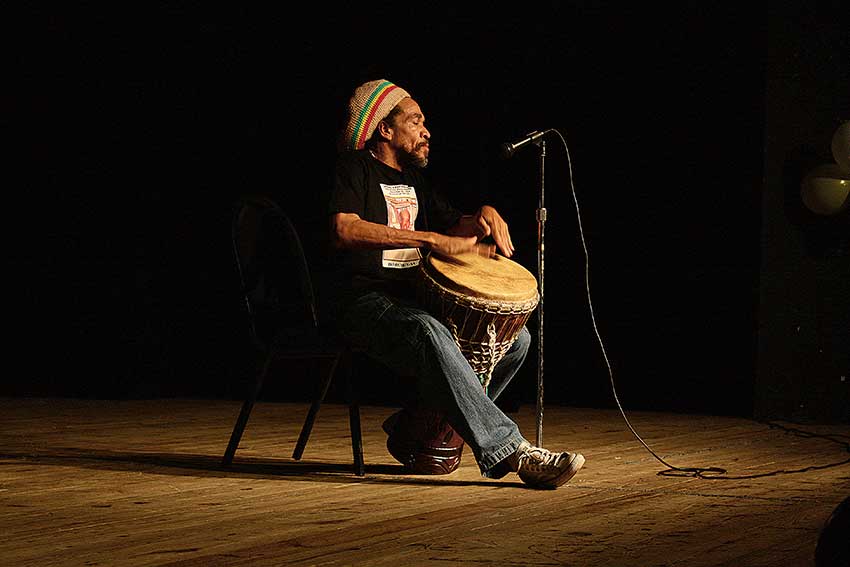 HE could have gone to jail and become an unproductive citizen of his country and a hardened criminal at that had it not been for the intervention of an influential citizen, Jacques Compton. This interjection would lead him to have his energies spent on theatre training and acting.

Leslie Nelson, better known as RasIsley, hails from the community of La Clery and has quite a story to tell and he does it through poetry. Having been exposed to Rapso through his Trinidad connection, he has married poetry to the sound of the traditional drum and has created what he dubbed, “poe.tri.thm”.

RasIsley, who is known for his popular song, “Nowhere To Go”, will be taking the stage as the featured poet in this month’s PonmDamou Poetry Slam on Saturday, April 27 at Keebee’s Sports Bar and Grill at Rodney Bay, Gros Islet from 7:00 p.m.

Ponm Damou Kreations has held the annual PonmDamou Poetry Slam for 7 years since 2009 and has revamped its offering to a monthly poetry slam.

PonmDamou Kreations underscores that the PonmDamou Poetry Slam is more than just poetry. It gives a stage to all other aspects of the arts, including dance, music, singing, comedy, film and painting.