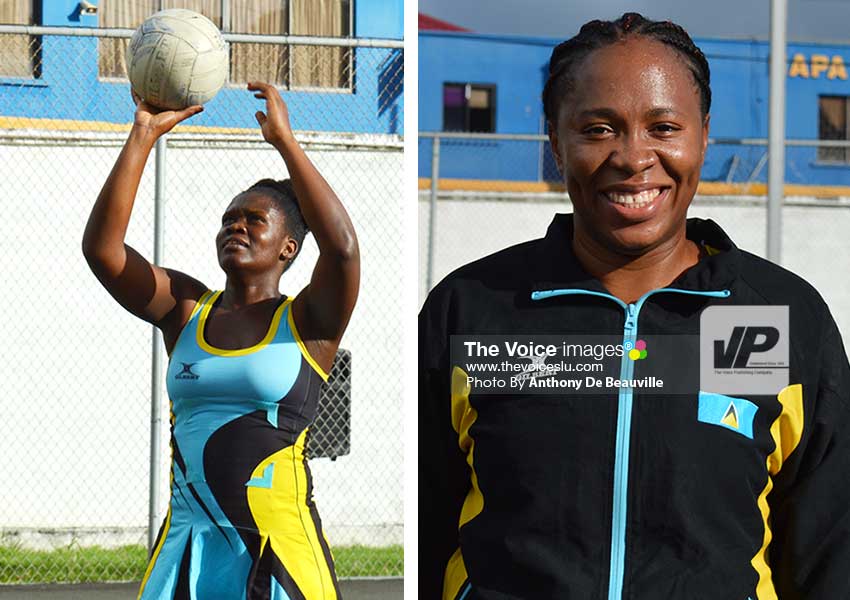 A double-header is on the card at the Vigie Multi-Purpose Sports Complex as matches continue tomorrow in the Saint Lucia Netball Association’s Inter-District Tournament.

From 4.00 p.m. Gros Islet will come up against Soufriere which will have in its lineup national player IannaHippolyte, while defending champions Canaries with national player Judy Mathurin on its roster will lead the charge against Valley Cold Storage Castries at 5:15 p.m.

On Wednesday evening, the 2016 runners-up Gros Islet came up against Valley Cold Storage Castries. The action on centre court began feverishly with Gros Islet asserting their authority on the game to jump to an early lead. However, VCSC managed to claw their way back into the game to end the quarter 13-10.

The second quarter saw VCSC making a number of changes — which were somewhat baffling to many netball fans present — in order to counteract the fleet centre court play of Gros Islet, which was marshalled by national player Zalika Paul. These changes proved to no avail as Gros Islet outscored VCSC 17-10 to finish the quarter with a one point lead at 30-29.

At the start of the third quarter, both teams made some changes to their lineup in an effort to gain the ascendency. However, VCSC enjoyed the better of the exchanges and forced Gros Islet to commit numerous unforced errors; in the process, they outscored the Gros Islet team by one point (10-9) but still ended the quarter trailing by 9 (39-30).

The fourth quarter again saw VCSC making some more positional changes as they still sought to get the right balance on court while an unperturbed Gros Islet team made use of their experience and guile on court, continued to surge ahead to enjoy the biggest lead of the game. VCSC had no answer to their crisp passing and timely interceptions. Final score: 52-35.

For Gros Islet, Gaenaelle Solomon scored 36 from 47 attempts and Melissa Alfred 16 from 29 attempts. For VCSC, Kamala Mangal scored 28 from 39 attempts and Enalie Jean had 7 from 11 attempts.

Gros Islet had 76 attempts on goal compared to VCSC’s 50. In addition, VCSC was the better scoring team with 70% compared to Gros Islet’s 68%.