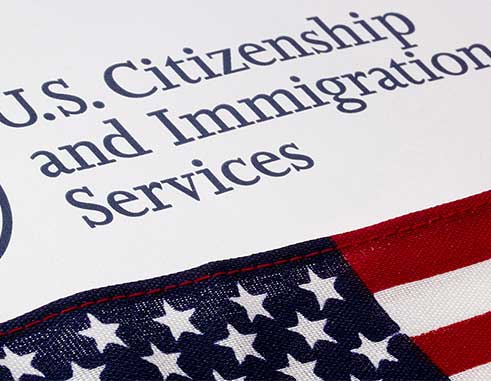 By Nelson A. King

NEW YORK, Apr 2, CMC – A Caribbean immigration attorney here says there is still hope for nationals to adjust their status even though they had entered the country without inspection or had overstayed their visas.

Vincentian-born immigration attorney Roland Ottley, who practices in Brooklyn, told the Caribbean Media Corporation (CMC) on Sunday that “there is still the possibility for those residents in the United States” who did not initially comply with immigration rules.

He said that on October 1, 1994 and continuing until April 30, 2001, with a few amendments, the US government allowed individuals present in the United States to adjust their status to that of a lawful permanent resident, or green card holder, “even though they had entered without inspection or had overstayed their visa time and incurred unlawful presence in the United States.”

“Although the time-frame for that section of the law, which is INA section 245(i), expired on April 30, 2001, there is still the possibility for those residents in the United States who may have acquired its protection to take advantage of this section,” Ottley said. “If you were the principal beneficiary or a derivative beneficiary of an I130, I140, I360, I526 or labour certificate filed on or before April 30, 2001, you may be eligible for grandfathering under Section 245(i).

“Many residents are not aware of such applications being filed for their relatives, so that they may have acquired derivative benefits from a petition that was filed for their parents on or before April 30, 2001 and even decades before that date,” he added. “This would require these potential applicants to investigate, through their parents, whether such an application was ever filed and whether they may be derivative beneficiaries of such a petition. It does not matter that the petitioner that filed the application for your relative is no longer alive now.”

For those potential applicants who would not qualify for 245(i) protection, he said these applicants can try to obtain a 601 and/or 601A waiver.

Under the 601(h) waiver, the immigration lawyer said an applicant must have a qualifying US citizen or lawful permanent resident relative in the United States in order to qualify.

He said the qualifying relative must be the spouse, the parent or the son or daughter of the applicant, “who would suffer extreme hardship if the applicant was not granted the waiver.

“Under the 601(i) waiver for fraud, the qualifying relative that would suffer extreme hardship must be the US citizen or lawful permanent resident spouse or parent of the applicant,” Ottley said. “Please make a note that the hardship of the applicant is not considered by the government under any 601 waiver, except in cases where the applicant has been the victim of violence or abuse.”

He said there are several grounds of hardship that can be used to seek this relief, including, health, financial, educational and psychological.

Under the 601A waiver, prior to March 4, 2013, an applicant could only apply for a waiver after first leaving the United States, Ottley said.

But now, he said, the applicant can apply for this waiver while in the United States, adding that, after the application has been approved, the applicant would then travel to their home country and complete consular processing to obtain his or her green card.

Similarly, he said the applicant would have to show extreme hardship to their spouse or parent as the only qualifying relatives for this application.

“This waiver only provides relief for those who have overstayed their time in the United States and have acquired unlawful presence,” Ottley stressed.

“Therefore, the 601A waiver would help those who are only impeded from obtaining their green cards, because of the accumulation of unlawful presence,” Ottley said. “This waiver has also been expanded to allow relief to those applicants who are not filing for adjustment based on an immediate relative petition.

“I hope that this information would be helpful to the members of our community,” he added, urging community members to contact his Brooklyn office to assist them in “making decisions in an effort to obtain a lawful status and to protect their loved ones from this harsh immigration environment.”

Last week, even as legislators and immigrant advocacy groups expressed outrage over the Trump administration’s immigration policies, US Attorney General Jeff Sessions announced the expansion and modernization of programmes to deport immigrants, including Caribbean nationals, in US federal correctional facilities.

The US Department of Justice (DOJ) said the Institutional Hearing Program (IHP) identifies removable criminal immigrants who are inmates in federal correctional facilities.