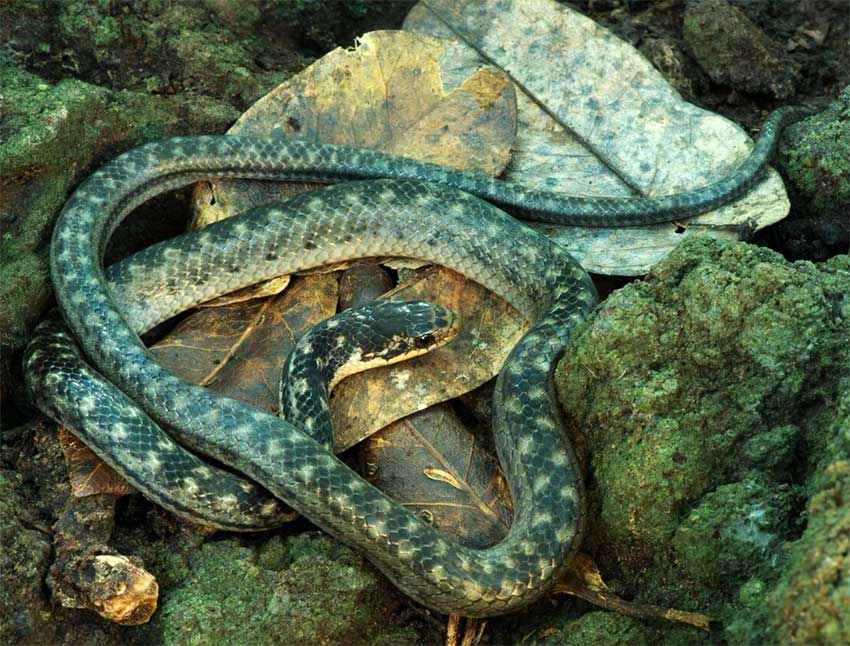 CONSERVATIONISTS across the globe are expressing grave concerns about a proposed development in Saint Lucia that would mean certain extinction for some of the country’s most valuable wildlife.

The next phase of the so-called Pearl of the Caribbean Project in Vieux Fort poses a serious threat to the country’s ecological, cultural and archaeological heritage, said a statement this week from the National Trust. Most alarming of all, it said, was the proposal to build a causeway linking the Maria Islands to the mainland, a move that would have calamitous consequences for this offshore wildlife haven, which is officially a protected area.

Maria Islands Nature Reserve, one of only two Wildlife Reserves on Saint Lucia, is home to critical populations of six endemic Saint Lucian reptile species, including the world’s rarest snake – the Saint Lucia racer – which is found only on the island of Maria Major, and 90 percent of all remaining Saint Lucia whiptail lizards. The reserve is the last refuge of an extraordinary community of native species that have been wiped out on the mainland by a combination of habitat loss (in part due to ill-advised development), persecution and invasive alien species.

Said the Trust: “The causeway proposed by the company Desert Star Holdings Caribbean Star (DSH) would undoubtedly be a bridge too far for the beleaguered snake and whiptail lizard – both of which are already on the brink of extinction and categorised as Critically Endangered by IUCN – and for the other offshore wildlife. It would literally pave the way for an invading army of rats, mongooses and other non-native predators, condemning the remaining reptile populations on the Maria Islands to the fate already suffered by their mainland counterparts. To date, the sea has provided an effective barrier to these predators accessing the island. A causeway would remove that barrier”.

According to the Trust, the harmless, non-venomous Saint Lucia racer is so vanishingly rare that it was actually feared extinct. Hopes were revived following a painstaking search in 2011 and 2012 by a team comprising staff from the Trust, the Saint Lucia Forests and Land Resources Department, Fauna & Flora International (FFI) and the Durrell Wildlife Conservation Trust (Durrell), which located 11 snakes. However, with the entire global population now estimated at fewer than 20 individuals, it is clear that every individual matters if we are to save this species from extinction.

“These same organisations are collaborating on a coordinated conservation programme to safeguard the future of Saint Lucia’s unique biodiversity and, in particular, the endemic reptiles confined to the Maria Islands. News of the proposed land bridge – which would destroy a delicately balanced ecosystem and scupper current efforts to save the Saint Lucia racer and the rare plants, lizards, seabirds and migratory birds that depend on this island sanctuary – was greeted with dismay by the conservation community”, the Trust said..

It added: “The irony is that a misguided attempt to enhance the tourist experience is in danger of destroying the very natural heritage and beauty that attracts so many visitors and, in the process, jeopardising one of Saint Lucia’s most important sources of revenue”.

“Managing this site is not a new-found interest for the Department,” said a Senior Forestry Officer at the Saint Lucia Forestry Department. “We and our partners, in-country and from overseas, have been actively managing this site to conserve Saint Lucia’s biodiversity for over three decades. The proposed causeway is simply not compatible with the need to keep these highly sensitive islands and their wildlife free from invasive alien species.”

Bishnu Tulsie, Director of Saint Lucia National Trust said: “We will do all in our power to ensure that these priceless and fragile assets are protected for the benefit of every Saint Lucian and for future generations. We call on all Saint Lucians who genuinely care about our heritage to support us in our conservation work and to ensure that Maria Islands and the Pointe Sable Environmental Protection Area are not destroyed.”

“Durrell has committed the last 30 years to supporting Saint Lucian partners to protect and restore their natural heritage,” said Matthew Morton, Eastern Caribbean Programme Manager for Durrell Wildlife Conservation Trust. “The Maria Islands are a jewel in the natural crown for Saint Lucia and source of national pride. This causeway would spell the end for the Saint Lucia racer; it’s that simple.”

“Saint Lucia has long been respected as a leading light in conservation and sustainable development for its many great achievements, such as bringing the Saint Lucia parrot back from the brink of extinction,” said Dr Jenny Daltry, Senior Conservation Biologist at Fauna & Flora International, adding: “Why jeopardise the survival of unique wildlife and an admirable reputation for the sake of a non-essential causeway?”