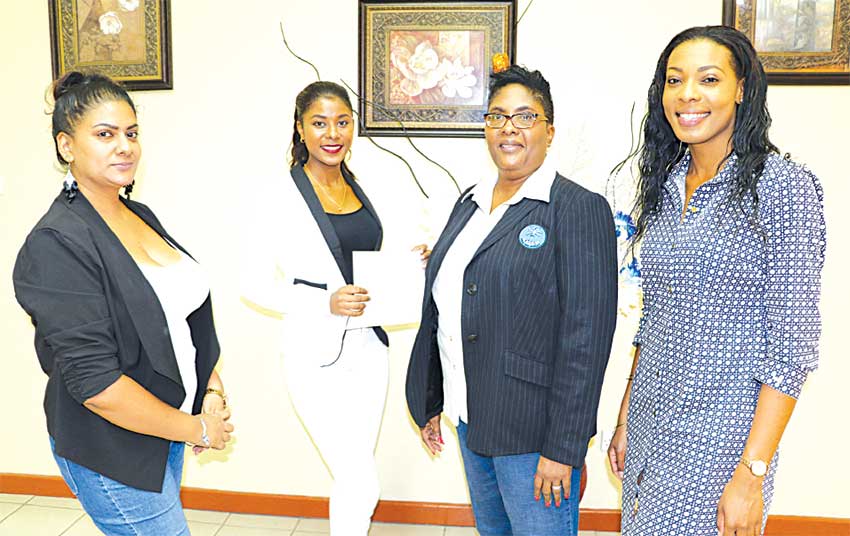 ST. LUCIA’S reigning National Carnival Queen Tyler Theophane has embarked on an initiative aimed at building character and self-esteem amongst girls at the infant and primary school level.

The Empowerment of Girls Club targets students between the ages of 8 and 12.

The project has received strong support from her sponsor Financial Investment and Consultancy Services Ltd [FICS] and the Carnival Development Committee.

The 2016/2017 Carnival Queen believes self-esteem and character building need to be instilled from an early age – when young children are very impressionable.

The rationale for the initiative was endorsed by the Director of Carnival Teddy Francis who agreed that building confidence at an early age is a critical ingredient in developing a more productive member of society.

Francis suggested that trying to build character or correct flaws at a late stage was likened to shutting the barn doors after the horses had bolted.

The participants were addressed by Ariel Mitchell, one of their peers, who topped the Common Entrance examination results last year and is now a student of St. Joseph’s Convent. She advised students about the need for balance in their approach to life suggesting their goals can be met through prayer, hard work and play which should include physical activity. Ariel’s physical activity was dance. She is a member of Silver Shadow Dancers.

The Minister for Local Government and Culture Fortuna Belrose was the first of two guest speakers to address the students. She advised them to approach their goals through the acronym RUMBA. She said their goals must be Realistic, Understandable, Measureable and through the right Behaviour, their goal can become Achievable.

The second guest speaker, the 2010 Carnival Queen Louise Victor, also the outgoing President of the National Youth Council engaged the participants in a number of character building exercises. There was also a cake decoration activity designed to stimulate the imagination and at the end – certificates of attendance were presented to the inspired students.

A similar activity will take place for young girls from the Choiseul community on April 22.