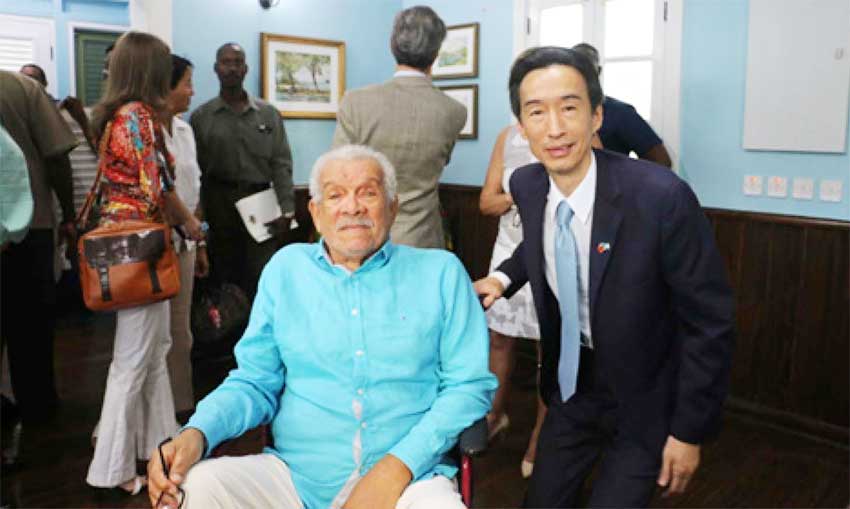 THE Embassy of the Republic of China (Taiwan) learned with deepest sorrow about the passing away on March 17 of Sir Derek Walcott, the Saint Lucian-born Nobel Laureate.

Sir Derek was an internationally-acclaimed poet and writer whose epic literary works enabled the world to appreciate and embrace the rich culture of the Caribbean. We are grateful for his contribution to the promotion of cultural ties between Taiwan and Saint Lucia.

Sir Derek was invited to Taiwan in 2002 and 2008 and met with the Mayor of Taipei. The Embassy also had the privilege of cooperating with the Saint Lucia government on a project to rehabilitate Sir Derek’s childhood house at 17 Chaussee Road, Castries. The Walcott House was officially re-opened in January 2016.

We would like to express our sincere condolences to Sir Derek’s family.