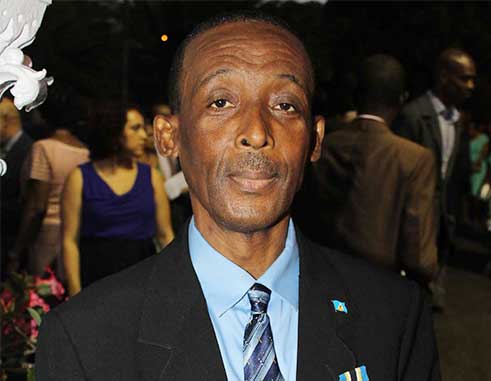 JOURNALIST Lawrence Spencer James who copped numerous awards for his coverage of sports during a career that spanned three decades, died Tuesday. He was 60.

James, who had been battling sickle cell for many years, became gravely ill several weeks ago, resulting in frantic arrangements to secure medical attention for him.

In fact, a fund raising barbecue had been planned for Saturday, April 1.

James began his journalism career in the 1980s at The VOICE where he covered mainly sports. It was there that he earned most of his awards for outstanding coverage. On many occasions, he stepped out of the mould to write general news and features, including entertainment. He later went across to The MIRROR where he was recently appointed Editor.

“He was a quiet, unassuming professional,” recalled Guy Ellis, under whose editorship James worked at both The VOICE and The MIRROR.

James was also involved in other activities, including the St. Lucia Jaycees and the Cadet Corps, in which he served from his years at St Mary’s College. He rose to the rank of Major. In 2016, he was awarded the National Service Medal for “long and meritorious service” to the Corps.

James was also a carnival lover as a member of Cozy Guzzlers. Facebook has as James’ favourite quote: “I am not in this world to fight for earthly possessions or awards but to fight for a place in my Father’s Kingdom, which art in Heaven.”