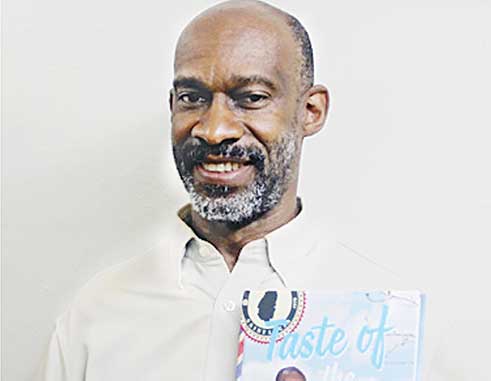 NORWICH, England – He’s been cooking up a storm St Lucian-style in Norwich, England, and now he’s offering his fans a chance to create his signature dishes on their own.

St Lucia-born chef Denis Rosembert, who is known as the face of West Indian cuisine in East Anglia, is all set to serve up his own cookbook, ‘Taste of the French Caribbean’, at the end of month.

He says it’s a treat for his customers at his Chez Denis restaurant who have been pleading for him to share the secrets behind his culinary delights.

“So many people love the way I cook. I cook everything from scratch. Everything is marinated. People ask: ‘How can mutton be done tenderly?’ I marinate it for eight days. It’s more than just using salt and pepper; you have to allow the meat to really absorb the herbs and spices,” he said.

As early as six years old, Rosembert fell in love with cooking, hanging on to his grandmother’s apron in the kitchen. In fact, he credits his popular Creole hot pepper sauce, fresh conch salad and Cajun catfish to his grandmother, who could produce any masterpiece from almost any ingredient.
‘Taste of the French Caribbean’, which contains quick, easy recipes will be launched in Bow, East London on March 31.