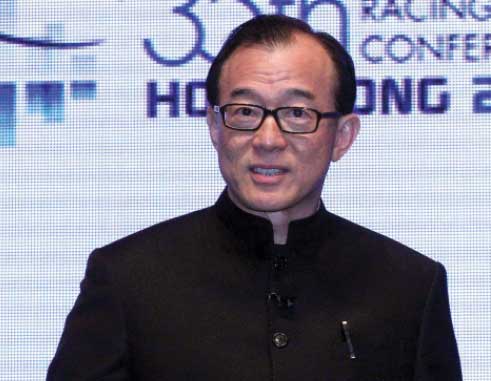 AS we return to discussion of the DSH project and the Citizenship by Investment Programme, it might bear repetition that our principal objection is simply that our nationality is not to be sold for any purpose. This therefore also means that our passports are not to be sold for the financing of this project.

We go further and point out that projects which require that our passports be sold for their financing are not investments. Because these projects cannot meet the normal requirements of financial institutions, a mechanism for bypassing their financial scrutiny has evolved, and this is what the CIP represents. What we therefore end up with is construction, not development, and so, for example, we see the desperate attempts of the former government to resurrect the Le Paradis hotel with the assumption that the CIP would have underpinned the entire Ainsworth project proposal. Now, we have DSH.

As we continue with the examination of ourselves which has been brought about by the CIP, the issue of governance keeps arising time and time again, and we see the product of the poor governance of our country in the wasteland that is represented by our health system, our education system and our police service to identify a few areas, and it cries out for constitutional reform.

We will also discuss the St. Jude hospital fiasco, as this too is instructive on the failure of our governance, and we will continue to discuss crime. Neither of these issues is going away, however, and so for now we continue with our focus on DSH.

Governance is also a term applied to the management of projects, and it was more than interesting to hear Invest St. Lucia declare at their Vieux Fort town hall meeting on February 1 that the residents of Vieux Fort should first have been consulted on the development of this DSH project. Needless to say, the absence of meaningful consultation at the planning and design stages of projects leads to longer implementation periods, costlier projects, and a decline in the value of those projects that reach completion, as their quality also suffers.

Having recognized its shortcomings in February, it seems that the government has simply ignored them in March, as we have again been presented with a new Master Plan for the Vieux Fort development, accompanied by the signing of yet another agreement. This time, the news reports gave us a glimpse of what appeared to be a Miami type skyline established on a causeway linking the mainland to the Maria Islets. Presumably as justification, we are told that as the north of the island has the Pigeon Island causeway, the south is now to have its own.

We can only hope that this new proposal will incite the outrage of the whole of St. Lucia, as this is not a matter simply for Vieux Fort and the people who reside in the south, in the same way that the proposed dolphin park at Pigeon Island is a matter which should enrage the entire country and not only the people of Gros Islet. It would seem that we have nothing sacred left.

But we are desperate for projects, and so we have a Malaysian architect providing us with a new vision of how we are to see ourselves, and our future. No local, regional or even international consortia of architectural firms are invited to share their vision of the possibilities for the development of Vieux Fort with us, as Vieux Fort’s future is now inextricably linked to horses and the incremental establishment of this architect’s dream of international thoroughbred horse racing. And so, development proposals in the guise of “Master Plans” are produced without the slightest sensitivity to the history and culture of our island in some woefully misguided effort to delude us into thinking that these proposals represent progress.

Fortunately, we have long since progressed beyond this, and we are certain that these proposals will receive the scorn and derision that they deserve. But the thought underlying all of this, that we are supposed to sell our nationality, and sell it cheaply at that, so that we can be further desecrated by this process of supplantation of our culture by what some imported individual thinks is a desirable international norm is an injustice crying out for redress.

Even now, we have no idea of what is driving the evolution of these Master Plans, or what the newly signed agreement signifies, but we know from the definition of a Master Plan at Section 1.1 of the leaked Framework Agreement between the Government and DSH Caribbean Star Limited, (the Master Developer), that the Master Developer is responsible for producing a Master Plan, and that he will engage an “Urban Planning Consultant” for preparation of that Master Plan.

With Teo Ah Khing having been introduced to the country as a highly successful architect with a number of urban planning projects to his credit, we might be forgiven for wondering if Ah Khing’s consulting firm, TAK Consultants could be serving as the Urban Planning Consultant to Ah Khing’s firm, DSH Caribbean Star Limited, which itself is an affiliate of Ah Khing’s firm Desert Star Holdings, in the production of that Master Plan. So that even if preparation of a Master Plan may be viewed as an obligation on one firm, an associate firm may benefit from this obligation.

Other than the requirement to produce a Master Plan, one of the few other obligations placed on the Master Developer by that Framework Agreement is to be found at Clause 4 of the Agreement, with Clause 4.1 committing the Master Developer to develop the land in parcels, in accordance with his phasing schedules. This is not an onerous obligation, as it is what the Master Developer intends to do in any event, and there is no penalty for not developing the land.

In exchange for these minor obligations that DSH has to satisfy, Clause 7 of the Agreement enables the establishment of the Escrow account into which all money from the CIP is to be deposited. The Opposition has already raised the issue concerning the requirement of Clause 7.1, which is that the Escrow account be established in the Master Developer’s name at a bank outside of St. Lucia. This arrangement gives the Master Developer near total control over the money generated from the sale of St. Lucian passports, and is not the intent of an escrow account. It is an obnoxious arrangement, but it is also something that may be expected from a people who have lost their identity.

Clause 7.2 is even more informative, as this heading contains fifteen sub-clauses detailing how the money in that escrow account can be spent by DSH, ending at 7.2 (o) with “any other Project cost”. Clause 7.2 also indicates that the listed sub-headings are without limitation, and leaves no doubt that any cost associated with the Vieux Fort development will come from money generated by the sale of our passports. So that Clause 7.2 (a) to (d) includes (a) the costs in relation to planning and engineering matters; (b) costs in relation to construction matters; (c) costs in relation to architectural matters; and (d) consultancy fees.

No one has given this country any indication of the cost associated with these gaudy master plans that are being produced and presented by Teo Ah Khing, or of the costs associated with these sod-turning and agreement signing ceremonies attended by Ah Khing’s guests, whether they be contractor, or investor or a mixture of both. No one has bothered to tell us how much debt we have already incurred in this DSH venture or how many passports will have to be sold to satisfy that debt, but it is St. Lucia’s debt. And, presumably as an inducement, the Supplementary Agreement to the DSH Framework Agreement now omits the cost of the racetrack from CIP funding.

As is now to be expected, no one bothers to tell us what is to be built when DSH speaks of building a racetrack, or what it is to cost. We do not know if it is simply a dirt track which is to be constructed, a dirt track with barns and stables for 1,000 thoroughbred horses, or a complete racing facility including a grandstand and concessionaire facilities. Nothing is defined, no costs are provided, and we now do not expect anyone to provide us with any indication of these matters. But what is to stop DSH from simply inflating the cost of any other aspect of this Project, including the design services, and recovering whatever capital is supposedly invested in this racetrack?

But that is not the end of it, as Clause 1.1 of that Framework Agreement defines “CIP Investors” as “successful applicants under the CIP who make a qualifying investment in thoroughbreds and/or real estate in the Project as outlined in this Agreement”, while Clause 3.2 of that Agreement authorizes DSH to engage in the sale of thoroughbred horses.

So that even when the “racetrack” itself is not funded through the CIP, investment in the thoroughbred horses supposed to race on that track are to be approved CIP investments, and DSH is authorized to engage in the sale of those horses. And while we might assume that those thoroughbred horses are intended for St. Lucia and the Vieux Fort facilities, nothing in the Framework Agreement says so, and so “investors” can invest in thoroughbred horses kept in China, or in any other part of the world, and qualify for ownership of a St. Lucian passport.

Somehow, in its presentation of Teo Ah Khing to us, our government gives us the impression that we are lucky to have obtained the benefit of his services, and that his proposals will rescue us from the economic stagnation into which we have descended. Ah Khing is presented in almost a philanthropic light, with his projects supposedly going to save us from economic ruin.

But the Agreements that this government has signed paint an entirely different picture of Ah Khing – that of an astute businessman pursuing his dream of thoroughbred horse racing, and generating projects for his consulting firm as icing on that cake. All of which we are going to have to pay for.

And if there is any doubt of Ah Khing’s intentions, Clause (C) under the heading “Recitals” of the Framework Agreement should dispel that doubt. This clause reads in part “The Master Developer, or its Affiliates, will be the owner of the land and all of the assets in respect of the project and will be responsible for the procurement and sale of thoroughbreds, development of, and construction on the Land”. Those 700 or 800 acres and whatever is constructed on them will belong to Teo ah Khing. We are simply required to pay for this development by selling our passports.

Which brings us back to the issue of governance, and to the question of how our government can possibly enter into an agreement of this nature, without check, or balance, and still not violate our Constitution. And then, agree to keep it a secret from us.

Next week we continue with our look at Teo ah Khing.