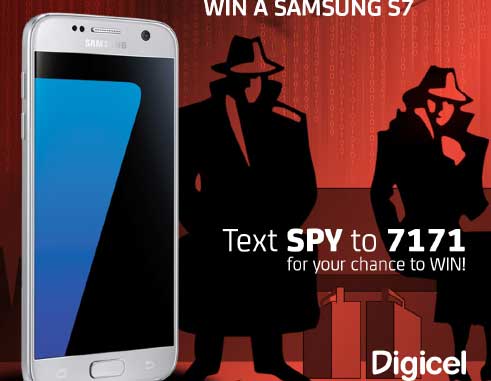 DIGICEL St. Lucia has launched yet another exciting and cool promotion to coincide with the new month of March.

Dubbed ‘I Spy’, this Text to Win Promotion will give Digicel customers the opportunity to vie for a brand new Samsung Galaxy S7 smartphone by simply registering and participating. 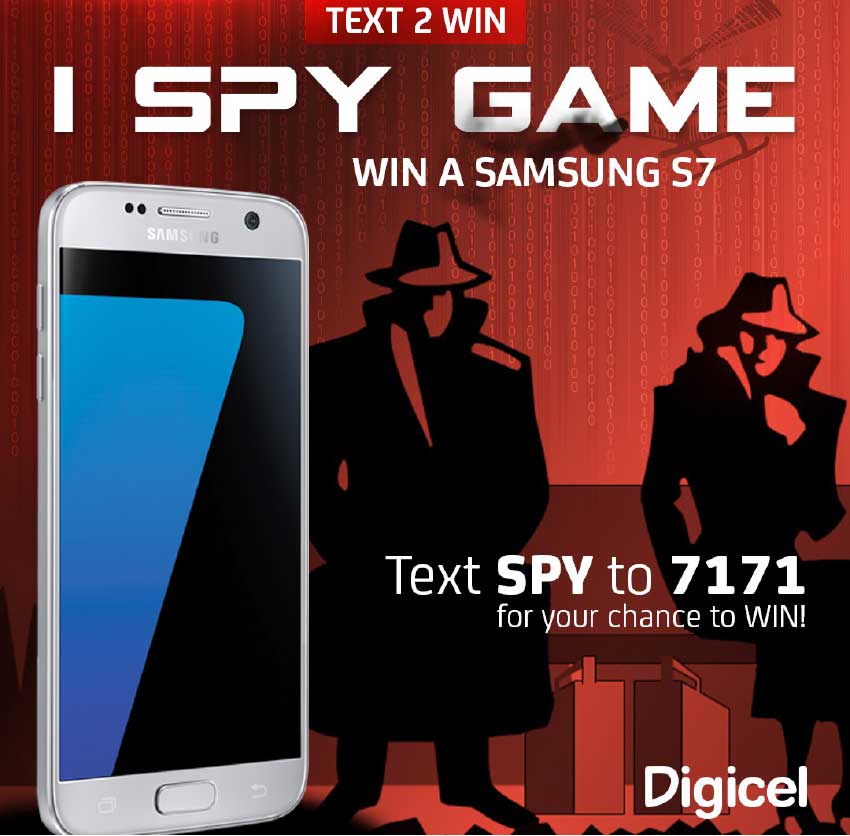 To join in the excitement, customers simply text the word ‘SPY’ to 7171 and play the I Spy game. Customers will then receive a welcome message indicating the number of tokens collected and the value of their points earned. By texting ‘SPY’ to 7171 and playing the game customers are able to increase their points and ranking in the competition. On randomly selected days, Digicel will also reward customers with a bonus for every correct response they will have their points doubled or tripled on the day to further help them increase their chance at winning. The customer ranked the highest and number one (#1) at the end of the promotion on March 31st at 11:59 will walk away with the grand prize of the Samsung Galaxy S7 and reign as the best spy in town.

“At Digicel we believe in delivering promotions and offers which are fun and exciting for our customers. In this instance, in order for one to be an effective ‘SPY’ and be efficient at his or her job, one requirement would be to have the right gadget. Hence at the end of this mission we will reward the highest ranked customer with one of the latest smartphones in mobile technology in the prize of a brand new Samsung Galaxy S7. We encourage all Digicel customers to join in on the action and be part of this exciting Text to Win Promotion.” Commented Miss Louise Victor, Marketing and Communications Executive on the launch of the promotion.