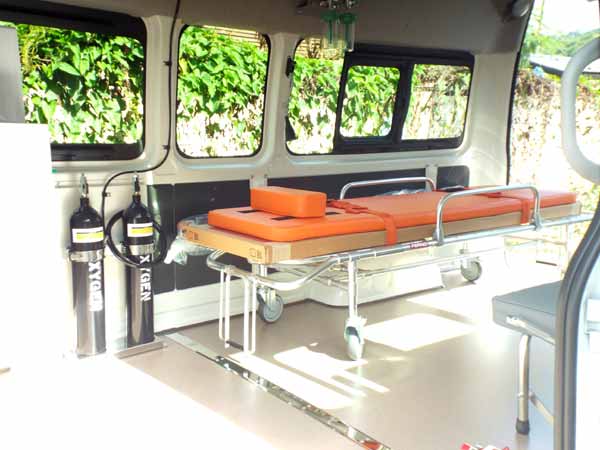 THE past weekend was a busy one for the ambulance service on the island which responded to a total of 74 calls, 50 of those in the north and 24 in the south.

Out of those calls the service recorded two cases of physical assault, five motor vehicular accidents and one electrocution.

On Saturday at 9:55 a.m., a call was received requesting assistance for an individual who was electrocuted at Dacretin, Choiseul. Upon arrival, emergency personnel found one male individual lying on his right side on the ground with his right hand holding on to the stay (wire) from an electric pole.

The Fire Service reported that the patient appeared stiff and pale and was transported to St. Jude Hospital where he was pronounced dead by a medical practitioner.

St. Lucia Electricity Services Limited was informed and the power subsequently cut off.

Around 4:40 p.m. the following day, a call was received informing of a motor vehicular accident in which a pedestrian was hit by a vehicle which ran off the road at Cap Estate, Gros Islet.

Upon the service department’s arrival, one adult female was seen sitting on the side of the road complaining of pain to her hip and lower back. Initial assessment by the crew revealed she had sustained what appeared to be minor abrasions to her left arm. She was then transported to the Victoria Hospital via ambulance in a stable condition.

There were six fire calls for the weekend, including two bush fires, two vehicle fires and two structural fires.

On Sunday, the Fire Service received a call at 6:05 a.m. informing of a structural fire at Cul de Sac, Castries. Emergency personnel from its Castries headquarters immediately responded and arriving on the scene discovered one wooden structure completely destroyed by fire. No one was reported injured as it relates to this incident.