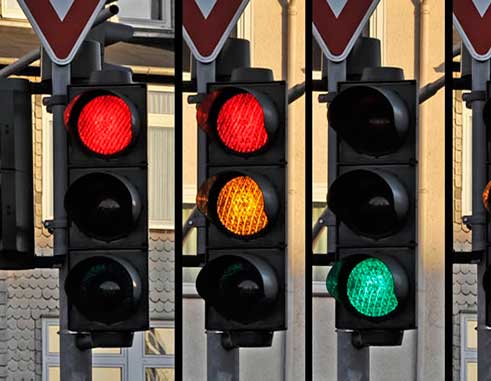 TO the people in charge of traffic lights in the city, please circle the line that most appropriately describes your serious LACK of performance in the extremely busy and chaotic streets of Castries over the last few months:

“You are part of a secret ploy to decrease the number of motorists, vehicles and pedestrians who traverse the streets daily by allowing crashes and collisions to take place.”

“There is a betting pool passing around to see which street or intersection will have the worst collision/fatality.”

“You are conducting some sick and twisted experiment to see who is more at risk, whether it’s motorists or pedestrians on busy streets without traffic lights.”

“You completely spaced out and misplaced the key to the room with the traffic light controls around the city.”

“You are busy with your Christmas shopping, preparation and partying so manning and maintaining the traffic lights is not a priority right now.”

“You are fed up of trying to fix such a huge problem on your own so you have given up and “Tout Moun Wè Pou Kò Zot!”

“Someone has seriously dropped the ball in terms of managing and funding and a few heads need to roll.”

As you can see, I’m trying my best to make sense of this nonsensical situation and so I’m pulling possible excuses out of my…hat.

Could there possibly be a feasible reason behind the traffic lights around the city, especially the entire stretch of Jeremie Street, being out of commission for over a month now?

I don’t even think I should go on to list the dangers looming behind this issue because one, I have a word limit for this column and I know I have no space to list them all, and two, you people are smart enough and you don’t need me to spell it out for you…or do you?!

I swear, this is one of the most ridiculous problems that I’ve seen in and around the city, and I’ve seen PLENTY to rant about for ages…this just adds to the FOLLY of our governance and people tasked with important responsibilities.

I know that every sector is trying to get their foot in the door for funding, screaming out that they should be a priority, but SERIOUSLY??? No working traffic lights on busy city streets and intersections?

Goodness knows if I had magic, I would place a few ministers and heads of the traffic department in the middle of the Jeremie Street intersection at 5:10 p.m.

I would place them there one by one and chuckle my tail off as they tried to cross to safety, whilst dodging the crazy, cold and callous breed of motorists we have on our streets.

What a sight for sore eyes! And with the number of vehicles on our tiny roads increasing by the day, that would be a treat to see how they would work that out.

As impish as this sounds, I swear it would make my entire week because then, maybe then, these fat pockets would get a taste of what life is like when you have to suffer through these issues first hand.

Speaking about impish, some of you motorists need to retake your driving exams and kindly return the licenses and driving certificates to the Crackerjack boxes from whence they came, because most of you are maniacs.

Ok, so you can see that the traffic lights are turned off, you would think that one would have the mind and sense to practice precaution…KI SA??? Wèv èk blag tousèl!

Oh no, it is literally a case of Hit and Miss!

It truly looks like the stuff of Hollywood where vehicles fly past each other haphazardly because apparently, everyone has somewhere to be at a certain time, and woe be unto you if you are a pedestrian trying to get from one side to the other…here are their choices: “Road kill”, “News Headliner” or wait until the traffic has died down or until a driver has a heart and lets you pass. Oh and yeah, that applies at the designated pedestrian crossing signs as well.

Now pedestrians, don’t think I would let you off…Wake uUp!

People, I’ve said it once, twice, thrice, I will say it again…flesh and bones are no match for a ton of fast moving metal…USE YOUR BRAINS!

Some of you walk around with so much bravado like you own the streets and that haughty attitude that if you are touched, the driver will have to pay!

I will say it one more time, flesh and bones are no match for metal, yeah the driver might have to pay, but what are a few thousands of dollars when you are walking with a cane for life, missing a limb, confined to a wheelchair, stuck in a vegetative state or dead?

These drivers don’t care, many of them don’t even bother to stop after hitting a pedestrian or another vehicle, so put your knock off Superman cape away and remember that you are not invincible.

Please don’t bungle this and wait until lives are lost to act…have a heart and act now before YOU send a family or families into mourning before Christmas.