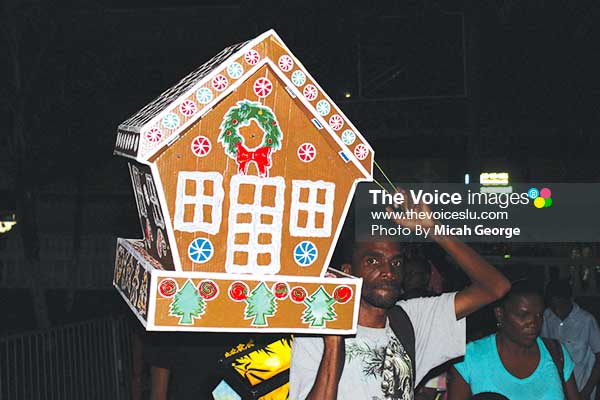 MONDAY night’s Festival of Lights lived up to its hype this year with a magnificent display of lights that captivated the thousands who flooded Derek Walcott Square and surrounding streets.

From blazing up the Central Library building with a digital light display to the switching on of the lights to illuminate the square, the producers of the extravaganza at least went beyond the first half of the night’s theme ‘Celebrate Light Celebrate Jesus’.

However, it seemed like they fell short in the second half with the theme despite an attempt by two very talented comedians George ‘Fish’ Alphonse and Kiedel Sonny in narrating the production ‘Christ is the Light’.

The two compared Christmas of old with Christmas of today and the present emphasis on commercialism and the disappearance of Christ as the focus of the season.

Both men gave an excellent account of themselves on stage. However, the script written for them lacked depth in portraying what Christmas is truly about, what the birth of Jesus Christ truly represents.
Nevertheless, the show must go on and on it went with brilliant performances in song, dance and lantern making as the country’s young showed off their talents.