THE Alliance Francaise at Pointe Seraphine played host to a visiting cast from French Guiana last Wednesday evening that performed a riveting theatrical production entitled, “A Petites Pierres” (or “With Small Stones”). 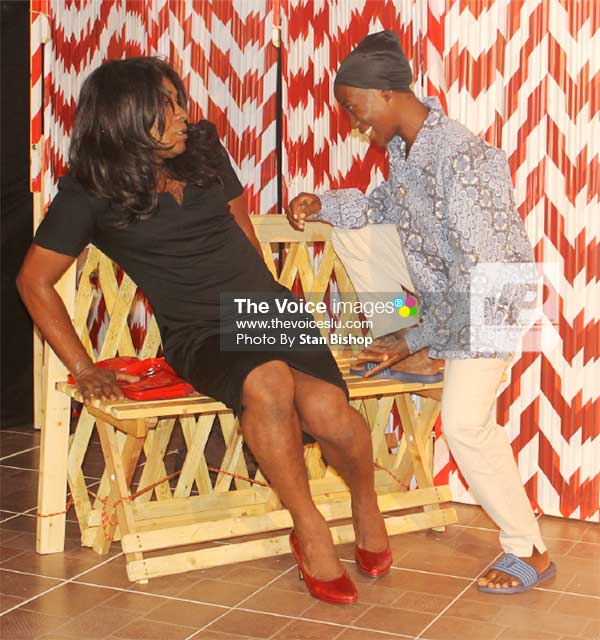 The play is a comedy about the frictions between well-entrenched traditions versus modern influences. It also demonstrates how traditional beliefs bring out the darkest side in people, including their absurdities.

“A Petites Pierres” combines all the misunderstandings, mixes the tragic with the burlesque, the poetry and the trivia and offers a juicy and very colourful, savage yet humanistic view on people and their varied belief systems. 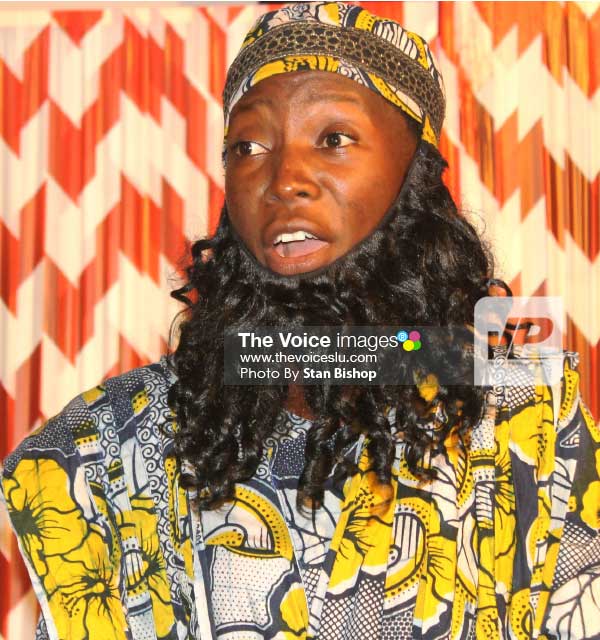 “The play leads the audience to ask the question, ‘Who am I, really: the one who inflicts the pain or the victim?’ Laughter helps us to really think about such a heavy subject that is treated in a lighter and happier way. It’s more efficient to treat the subject in this way. Despite every calamity we face, it’s always laugher that gets us to reflect on the true sense of ourselves,” stage manager, Ewlyne Guillaume, said. 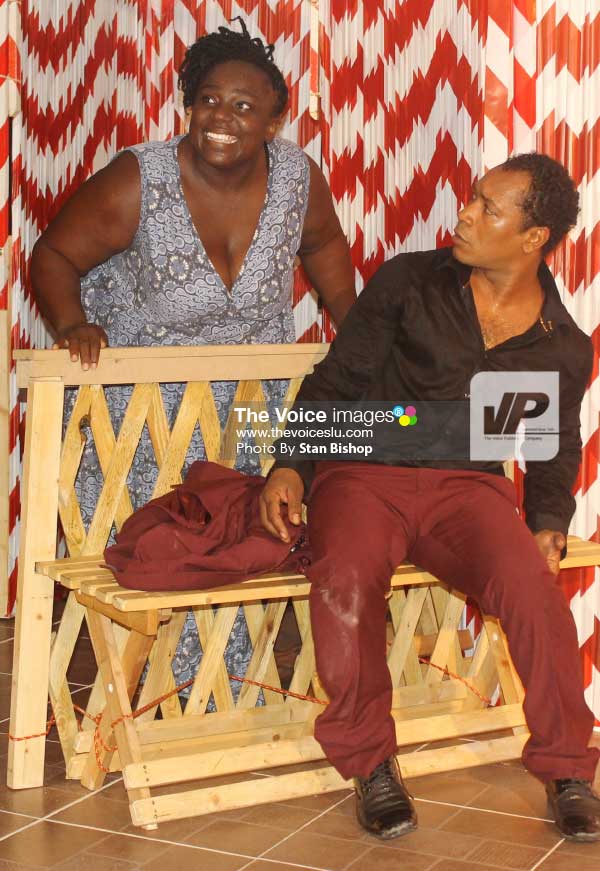 Written by Gustave Akakpo in the French language, which is widely spoken in Togo, and almost similar to the Creole language of that spoken in French Guiana by the ‘Bushinegues’, the play includes many proverbs with African twists. The six-member cast was drawn from the Company Cie Ks and Co of French Guiana. 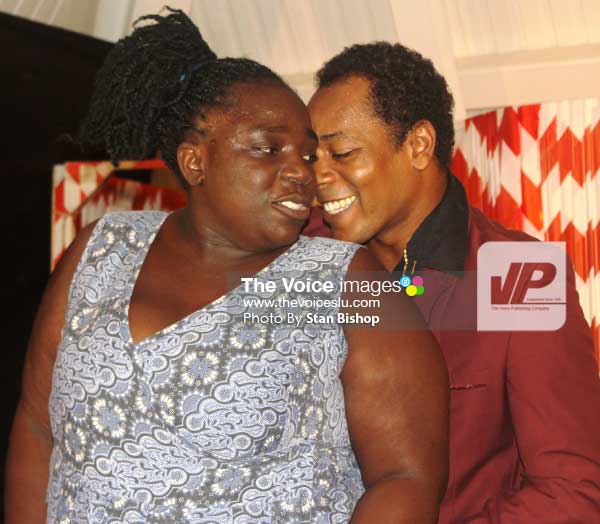 The play is about a young girl from a village who allows herself to be seduced by a village boy who returns from the mainland, which the villagers view as a crime. Her father and ex-future father-in-law are in agreement to organize that the young woman be stoned in public, as is the village custom, because, according to tradition, the body of the woman belongs to the man.

Her eldest sister, a feminist, is assisted by the girl’s young lover and attempts to foil the stoning by using numerous strategies.

Prior to coming to Saint Lucia, the play was staged in several countries, including Ivory Coast, France, Martinique, Guadeloupe and Suriname. The cast is expected to visit Brazil soon.

While the organizers expressed gratitude for the small audience that came out to support the production that was free of charge, they nevertheless reiterated the need for more people to show more interest whenever such invaluable productions are organized for the public’s edification. 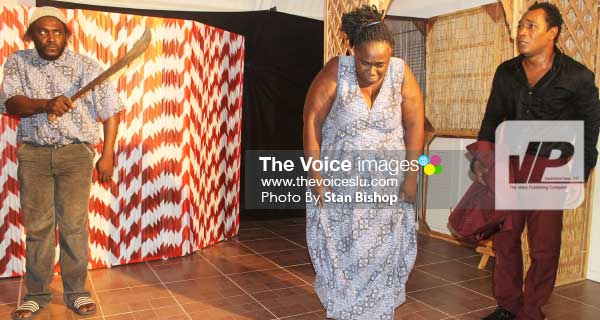