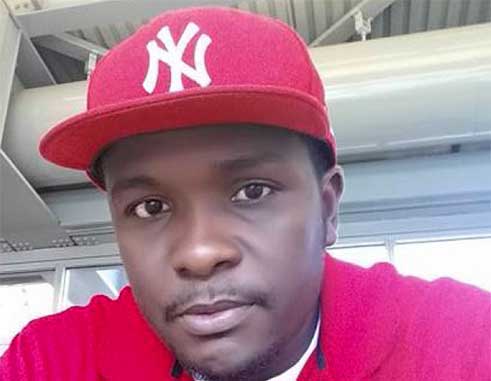 IT is not everyday that you get to meet someone who would literally put their lives on the line to protect yours, but when you get to meet these men and women, it is an honourable event.

Today’s FITC is a son of the soil who has achieved such status after serving in the US Navy for almost a decade.

Lance Florent went from humble beginnings in Vigie and Anse la Raye, to the high seas all across the globe, serving as part of the US military, the biggest super power in the world.

Florent, who was once known as the class clown, and has even called himself “troublesome” and “knucklehead”, told The VOICE about how he had no choice but to grow up and as a result, is now a better man than he ever imagined he would be.

The 33 year old enlisted in the Navy as a gas turbine technician, and today, is a raving success, making a comfortable life for his family.

Hear what Florent has to say to the nation’s youth and why he would not think twice about doing it all over again.

The VOICE: What is life like in the US Navy?

Florent: Life in the navy can be a bit hard because if you aren’t used to people telling you what to do and not having a choice then it’s not for you. It was fun. Probably the best decision I ever made in my life. I was always against joining the military but when the recruiter told me that I would definitely get a chance to go to England I was sold. Sadly in the 10 years I was in the navy I never saw England. On the other hand it can be fun but you have to make it fun. I got to meet some real inspiring people that guided and mentored me into the man I am today. Being a knucklehead wasn’t going to cut it so I had to change.

The VOICE: What does it take to be accepted and to thrive in the Navy?

Florent: Motivation, dedication, willingness to learn and take constructive criticism and the ability to get along with people of all colours, race, religious beliefs, etc.

The VOICE: What are some of the biggest benefits to being enlisted in the US Military?

Florent: Job security, steady paycheque, 100 % medical coverage and tuition for school or college bonuses. Those of us who aren’t American get to apply for our citizenship and get it a lot faster than a civilian. I was able to get mine within a year after enlisting.

The VOICE: I can imagine there are quite a few pitfalls to it as well, am I right?

Florent: Being away from your loved ones, late working hours and long deployments. As a sailor we would be on the ocean for weeks with nothing in sight except the water around us, the sun during the day and an occasional aircraft flying miles away. Sometimes taking orders from supervisors that are senior to you even if they are wrong and not having a choice but to follow the orders because we are bound to. This is a problem as well.

The VOICE: You mentioned that you were troublesome and a knucklehead in your younger days, how did you fare when you first enlisted?

Florent: It was difficult at times because I had to change my ways. I had a short temper and I would get into it with my co-workers almost everyday. I like getting my way and in the military it doesn’t work that way. I had to conform or be reformed. Oftentimes, people would say that I was arrogant and cocky, but I considered myself as confident, and sometimes if I argue with you about a situation, it’s because I researched it and found out about the facts. I rarely argue about stuff I know nothing about.

The VOICE: Many people think that the military is all about war, death etc. is that so, and did you even witness or experience combat?

Florent: All branches of the military are different. The marines and army see more combat than the other branches like the air force or navy. I wasn’t as fortunate as the marines. As a sailor, the closest I got to seeing any combat was being on the coast of potential threats to the US and our allies. We “navy” were privileged enough to fight from afar. Most of our stuff involved us firing missiles or long range guns. Not taking anything from the other branches but I think I was lucky because the ships I was on never got into any danger or battlefield.

The VOICE: When did you complete your last stint and how was life as a civilian after serving for nearly a decade?

Florent: I got out of the military in 2012. It wasn’t as hard as they make it seem. After the military I ended up working for General Electric doing the same thing I did in the military, working on gas turbines. So the transition was easy. I get all the freedom in the world to do as I see fit for me and my family. I do miss the military life and if I was given the opportunity to do it all over again I would.

The VOICE: What lessons have you taken out of the Navy that have greatly benefited you in your civilian life?

Florent: Maturity and accepting that I will make mistakes. Mistakes don’t make or break you. How you overcome them dictate the life you live.

The VOICE: Would you encourage the youth of St. Lucia, especially the young men to enlist with the U.S. military or would you discourage them?

Florent: I would most definitely encourage them. Signing up for the military has been one of the proudest moments of my life. I matured as a young man and was placed in a position where I had certain responsibilities to uphold.

The VOICE: As a father and a husband, if you got the call of duty today, would you return to serve again?

Florent: It was hard leaving the kids at home but if you have a good support system set in place, then that makes our decisions to serve easier. The navy has family readiness groups that assist spouses while their husbands or wives are away on deployment or assignments for extended periods of time. It was hard for the kids when I left all the time, but eventually they understood that I had a job to do, and I was guaranteeing their safety by patrolling the foreign waters. If I didn’t have or do my job then they wouldn’t have the life that they had. I didn’t have the best childhood growing up and I vowed to never have my kids endure what I went through so I did what I had to do so they can have a decent life.