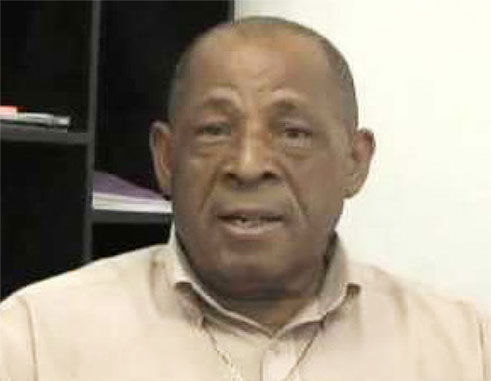 THE St. Lucia Diabetes and Hypertension Association along with Tenacia, a global consortium that deals in health care solutions, have embarked on a course of action aimed at improving diabetes prevention and reducing the high costs of complications through the use of innovative technologies, education and community outreach programmes in St. Lucia.

This comes amid fears that efforts to combat diabetes in St. Lucia are failing and an understanding that something has to be done quickly to ease the rising tide of despair the disease is putting the nation.

The diabetes epidemic is rising exponentially in St. Lucia despite efforts by both the private and public sector to deal with its root cause.

Globally, billions of dollars are spent each year fighting diabetes. According to the World Health Organization, the global prevalence of diabetes has nearly doubled since 1980, rising even faster in low- and middle-income countries like St. Lucia.

With amputations and other complications caused by diabetes now common occurrences in St. Lucia, and with the disparities in care widening, with the costs attributed to diabetes care becoming more and more unsustainable to the patient, private insurance, and government healthcare systems, there is a silent cry for help.

The result is the collaboration between the local diabetes association and Tenacia. They plan to create a more cohesive relationship with the Government of St. Lucia and by extension the Ministry of Health, the Medical and Dental Association and the private sector to create a long lasting relationship that they hope will be beneficial to the general population.

They are hoping that a project being developed called the St. Lucia Diabetes Healthcare Project which will create employment and have each community on the island involved in combating the disease, will be a success, so much so, that in the not too distant future diabetes cases would be on the decline rather than on the rise as it is now.

The local diabetes association is hoping that the project can convince everyone in the country of not only its value but get everyone involved in the fight against diabetes.

George Eugene, President of the local Diabetes and Hypertension Association and his team are now in the process of putting together a St. Lucia Advisory Board to support and promote the project. Tenacia, will introduce innovative technologies and services to enable execution of the project and have already met with clinical leaders like Dr. Stephen King and Dr. Martin Didier gaining their critical support in the process.

The St. Lucia Diabetes and Hypertension Association and Tenacia will develop a phased approach to advancing the healthcare project proposal with inputs and leadership from St. Lucia to address identified priorities and create sustainable improvements in diabetes prevention and management.

This is a first time effort at a national attack on diabetes which Eugene is calling on all St. Lucians to support as it involves the education, treatment and prevention of diabetes. The project combines, for the first time in the country, all the major stakeholders invested in the treatment and prevention of diabetes and calls on them to address the specific needs of the St. Lucia diabetes and hypertension population so as to achieve sustainable improvements. The stakeholders are people involved in policy, medicine, business and community.

The American Diabetes Association reported that 70% of the cost of treating diabetes is the result of non-compliance and mismanagement of the disease by the patient. The World Health Organization estimated diabetes caused 1.5 million deaths in 2012.
Higher-than-optimal blood glucose caused an additional 2.2 million deaths, by increasing the risks of cardiovascular and other diseases. Forty-three percent of these 3.7 million deaths occur before the age of 70 years with an even greater negative outcome in low- and middle-income countries.

Tenacia believes that there is a better, simpler, and more balanced approach to fighting diabetes that is practical for developing countries and regions where improvements in cost effective outcomes are a priority.

“We develop and implement culturally relevant strategies for comprehensive and cohesive solutions that include education, treatment, and prevention of diabetes through integration of policy, medicine, business, community, and patient engagement. We are focused on the integration of solutions that address the reality of the patient and include an emphasis on community health engagement where we believe we can impact 70% of costs associated with mismanagement,” the company said on its website.

The company claims that it works with non-profits and industry to bring solutions that meet specific regional market needs for sustainable improvements in diabetes prevention and treatment. In this way, emerging and developing countries now have access to the latest technologies and innovation in diabetes care and prevention