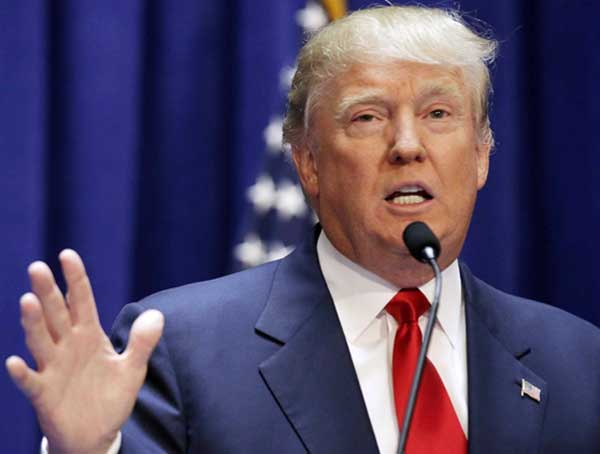 IT’S still too early to say what effect the election of Donald Trump as the next US President will have on America’s relations with its neighbours, from borderline Mexico to Cuba, or from Jamaica to Saint Lucia and Guyana in the English-speaking CARICOM region.

Mexicans are scared stiff that a President Trump will build that promised wall, engage in mass expulsion of illegal Mexicans across the border and stop Mexicans in the USA from sending money home (to force Mexico to pay for his wall).

Mexico’s dilemma, however, is that it needs its citizens in the USA.

Mexicans comprise 17% of the total US population and approximately 80% of Mexico’s exports go across the border to the USA. Mexico also has more than 5 million citizens living across the border without papers, comprising about half of all undocumented US migrants.

Mexicans in the USA – legal and illegal — are important to their country’s foreign exchange earnings, sending home more than US $20 billion in remittances wired from America up to September 2016.

Mexicans were so wary of a Trump victory that during the final days of the campaign, the peso upped and dropped in value like a yo-yo, according to Trump’s polled chances – and it actually dropped 13% Wednesday morning after Trump secured his victory.

But the Mexican government isn’t waiting until Trump takes office on January 20 to find out what he’ll do. It’s already bracing itself – and assuring the world that it’s ready for any fallout.

Finance Minister Jose Antonio Meade and Bank of Mexico Governor Agustin Carstens, addressed the decline in the value of the peso Wednesday, following Trump’s election hours earlier and said Mexico is ready for any eventuality.

Meade said, “The result of the election in the USA does not imply an immediate impact on the regulatory framework that regulates trade in goods and services, nor in financial flows.”

“Additionally,” he added, “Mexico is in a position of strength to face the new environment.”

Central Bank Governor Carstens took a similar line, adding that Mexico also has “a privileged position with the International Monetary Fund and the World Bank that will permit Mexico to cope with any future crisis.”

Trump has said nothing either about his position on US trade ties with Brazil, or his plans for the future of recent openings for more US trade with Cuba under the outgoing Obama administration.

But long before his surprise election victory, Brazil, Cuba and Mexico had started taking steps to consolidate their business, trade, economic, cultural and political ties with their closest neighbours in the Wider Caribbean area.

A Brazilian business pivot to the smaller English-speaking Eastern Caribbean islands is currently under way in Saint Lucia, just as Cuba and Mexico are also looking to both CARICOM, OECS and the other states in the Wider Caribbean region.

Cuba hosted the 34th Havana International Trade Fair from October 31 to November 4, which was attended by delegations from all six OECS member-states (Antigua and Barbuda, Dominica, Grenada, St. Kitts and Nevis, Saint Lucia and St. Vincent and the Grenadines).

The Brazil-OECS Business Forum here will start before and run alongside a similar mission mounted by Mexico, starting next week.

Mexico will host the 2016 Business Forum entitled “Creating Synergies to Strengthen the Competitiveness of the Greater Caribbean” from November 16 to 18, at the Peninsula Convention Center in Cancun.

The Mexican embassy says it is “the most important business forum in the Greater Caribbean” and “is designed to foster regional economic development and competitiveness by increasing trade and investment flows.”

By the time the Greater Caribbean investors start their business talks in Cancun, the Brazilians in Saint Lucia will have ended their Business Forum.

And by the time the November 16-18 Cancun Forum is over, Saint Lucia and the rest of the region should have a better understanding of why the latest regime change in Washington will require even stronger efforts to build, renew and strengthen South-South business ties in the Trump era.