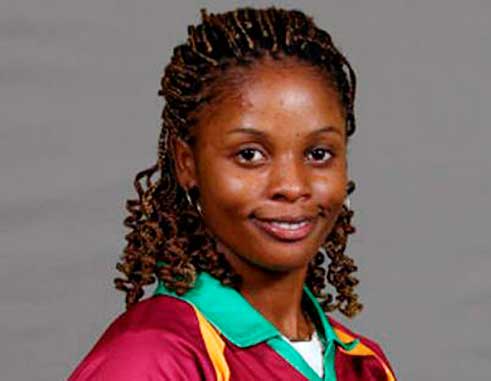 VIJAYAWADA, India, CMC – Former skipper Merissa Aguilleira has lamented the West Indies Women’s batting woes which led to their six-wicket defeat here Thursday but has also backed her embattled side to bounce back in the two remaining One-Day Internationals of the series.

West Indies Women failed to put up a decent total after opting to bat first at the Mulapadu Cricket Ground, with only three batsmen reaching double figures, in the series opener.

Aguilleira top-scored with an unbeaten 42 but said the team had not shown the required application in what were ideal conditions for batting.

“I was really disappointed about losing because we wanted to start out the tournament on a winning note but unfortunately it wasn’t to happen,” she said afterwards.

“Our batting performance was really poor today and it’s an area we have been faltering in for a very long time.

“We really need to take it into consideration and give some self-thought into what is the issue and what is the problem, and what we can do to rectify it as soon as possible because we have two more important games coming up and we have to make sure we pull everything together and we have to try to hit in all areas, especially the batting.

“I guess it is a lot of food for thought but at the end of the day we have to stick together and work hard.”

Teenaged opener Hayley Matthews chipped in with a breezy 24 while captainStafanie Taylor got 19 but West Indies Women collapsed from 63 for three in the 17th over to 131 all out in the 43rd over.

India Women then recovered from a dodgy start of 36 for four in the 17th over to reach their target in the 40th over.

Aguilleira said the batsmen had lacked discipline and needed to use the time before the next ODI on Sunday, to correct their faults.

“I think basically the conditions were suited to batting, there was a fast outfield and with the pitch the ball was coming on nicely to the bat but I guess we didn’t apply ourselves,” she explained.

“We played across the line a lot and I guess that is something we have to pay attention to … we have some areas we need to work on and there are two days of sessions coming up so we will definitely work on that but the atmosphere was definitely good for cricket.

They entered the series third in the championship, a point behind England Women and six adrift of Australia Women.

The top four at the end of the championship will book automatic spots at the World Cup, with the remaining sides entering a qualifying tournament to determine the remaining places.