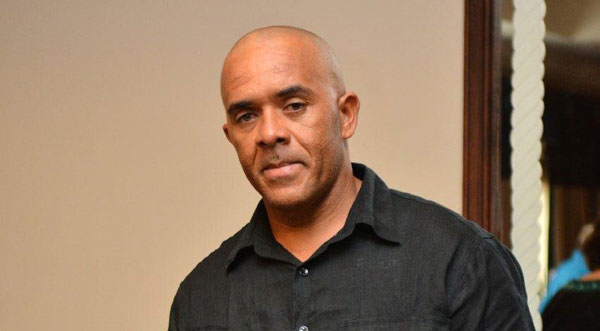 Dominique, who is also a member of the Saint Lucia Life Saving Society, an affiliate of the Commonwealth Royal Life Saving Society (RLSS), was recognized for his heroics on Monday, February 23, 2015 at the La Toc beach where he saved a local community resident from drowning and several others from the overall harsh conditions of the rough seas through his vigilance and persistence.

In honour of this, Sandals Resorts International has committed to covering all of Dominique’s expenses to receive this honour in person at Buckingham Palace in November this year. Praises and congratulations continue to pour in from Sandals Deputy Chairman & Chief Executive Officer, Adam Stewart, and all others on Dominique’s achievement.

Details of the medal state: “The Mountbatten Medal is awarded annually for the most gallant rescue or rescue attempt undertaken in the previous calendar year. The rescue must have been made by the holder, or previous holder, of a lifesaving award delivered by a Royal Life Saving Society Member Branch. It can only be awarded to a citizen from a Commonwealth Nation, but the rescue or rescue attempt can be performed anywhere in the world.”

General Manager for Sandals Regency La Toc Golf Resort & Spa, Michael James, has joined hands with the entire La Toc team in extending words of congratulations of Dominique and his Aqua Center team for an exceptional job in monitoring and preserving life along the island’s crucial coastlines.

“As lifeguards, Zacheus and his team have the challenge of monitoring and protecting the lives of all resort’s 660 guests at capacity, as well as the general public who access the La Toc beach on a daily basis. It is not an easy task and we know as islanders how public holidays and beach recreation come together,” James said.

Recently, Sandals La Toc honoured Dominique for his Commonwealth achievement during a small “Prestigious Award” ceremony at the resort. He was also informed of his full financial support in being able to receive his honour in person.

In a brief and emotional statement, Dominique continued to extend condolences to the family of the two other individuals whose lives were tragically lost on that fateful day and has pledged to continue to police the beach in the interest of safety and humanity. The victims of the February 23, 2015 tragedy were not guests of Sandals Resort.

Water Sports Manager for Sandals Regency La Toc, Raymond Campbell, joined in extending commendations to his colleague and reminded all of his department’s commitment to the continued training and development of its team talents, especially considering the sensitivity of their functions.

“For us in the Aqua Center, our responsibilities go beyond our own small department and team complement. We owe it to our guests and islanders alike who use our beaches to be always prepared and vigilant for any eventuality. We are proud that Zac was able to use his training and instincts to save as many as he could, beginning first with a reminder of caution to all beachgoers,” Campbell said, citing also the company’s extensive PADI Certification programme available for all team talents.

The particulars of the tragic day were well recorded in local and international press, all of which showed Dominique’s display of calm, professionalism and dedication to the protection and preservation of life.

The century-old RLSS is represented in some 50 Commonwealth nations, including Saint Lucia, and is governed by a Commonwealth Council chaired by Prince Michael. It is also the recognized leader of water safety education, lifesaving and lifeguarding in the Commonwealth, and it gives a high priority to the active promotion of lifesaving skills in developing countries.

In the meantime, Carol Devaux of the Saint Lucia Life Saving Society, who was on hand to congratulate Dominique on his achievement, said recent recipients of the Mountbatten Medal are people from Canada, UK, India and Mauritius, among others.

“This year it has been won by a Saint Lucian national lifeguard trained by the Saint Lucia Lifesaving Association and the Canadian Lifesaving Society – Zac Dominique who works at Sandals Regency Resort at La Toc. This medal will be awarded to Zac for the rescue he performed on the February 23, 2015,” Devaux said.