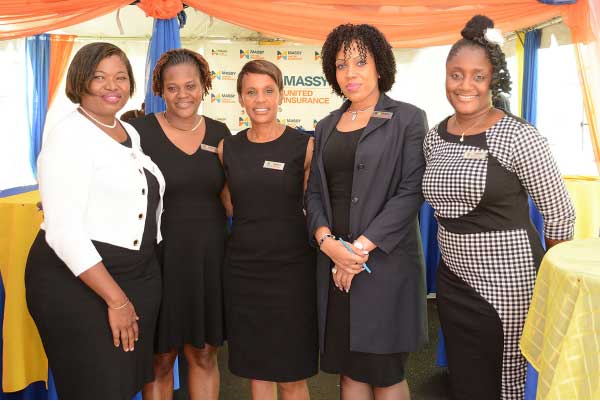 UNITED Insurance Agents (St. Lucia) Ltd (UIASL), agents for Massy United Insurance Ltd has relocated their Soufriere operation to Sir Darnley Alexander as they continue to strengthen and grow their offering in the local community.

Massy United Insurance Ltd, Soufriere, together with the office in Vieux Fort and the main branch in the JEB Building in Castries are now poised to better serve their customers throughout the length and breadth of St Lucia, a company statement said.

At the launch of the new office, which took the form of a business mixer, on Wednesday Anthony Bergasse, Chairman of UIASL commented that, “the Massy United Soufriere operation aspires to fulfill the important role of developing the region into the unparalleled tourist mecca that it can be.”

Faye Miller, General Manager, also addressed the audience sharing information on Massy United Insurance, which she advised, “was part of The Massy Group, one of the largest conglomerates in the Caribbean, boasting 130 years of expertise in general insurance, an AM Best rating of A- (Excellent) for 10 consecutive years and extremely highly qualified and caring staff.”

Miller also gave a synopsis of the history of the Massy United Insurance operation in St Lucia, stating that, “the company formerly known as United Insurance Co Ltd was rebranded in January 2015”. The rebranding, she stated, had “the potential to facilitate a tremendous amount of cross-selling opportunities in the future”. One of the benefits of such opportunities, she informed, had already been presented to Massy United policyholders, who will soon be able to avail themselves of Massy points under the Massy Stores Loyalty Programme.

As it stands now, Massy United policyholders are able to redeem loyalty points offered under this programme and utilize them to pay their insurance premiums.

Miss Miller also took the opportunity to announce that, apart from insurance services, the electronic bill payment facility, SurePay, will also be offered out of the new Soufriere office.

The business mixer ended with a raffle of several e-fuel vouchers and customers being rewarded with gift bags as a token of the company’s appreciation for their business over the years.