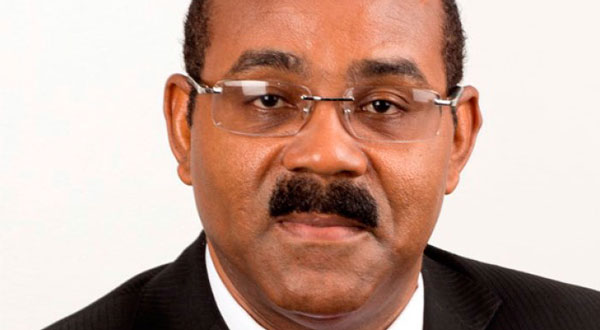 By Nelson  A. King

UNITED NATIONS, CMC – If the world was not listening before, Caribbean Community (CARICOM) leaders ensured, in the last two weeks, that their voices were heard – loud and clear – on the vexing corresponding banking issue, sounding loud alarm bells on what they characterized as impending “economic collapse.”

As they addressed the 71st Session of the United Nations General Assembly (UNGA) debate, which concluded on Monday, Caribbean leaders once more warned the global community of the grave challenges to the region’s economic viability, describing the corresponding banking problem as “an urgent and existential threat of considerable relevance”.

In the international campaign against money-laundering and terrorist-financing, Antigua and Barbuda Prime Minister Gaston Browne noted that very strict penalties have been imposed on banks by regulatory bodies in North America and Europe for any infringement of stringent regulations.

He said that, in this environment, where even the slightest infraction could expose a bank to a fine of hundreds of millions of dollars, many banks have chosen to withdraw essential correspondent banking relations from financial institutions in the Caribbean, Central America and Africa.

“They call that process ‘de-risking’; I call it economic destruction,” Browne told the UNGA, stating that “de-risking” is now “prevalent” in the Caribbean, as well as in parts of Africa and Central America.

“It will spread with global consequences unless it is checked by collective action. All these countries, including mine, are now at the point of losing vital correspondent banking relationships. The consequences would be calamitous.

Browne cautioned that remittances from the Caribbean’s Diaspora would also be cut off “causing more of the population to depend on social welfare, at a time, when our economies are already under great stress.

“In other words, it is a growing cancer that is eating away at development, threatening the stability of our region and denying us the right to participate in the international economy,” he said.

But that is not all, said the Antigua and Barbuda leader, adding that, since the consequence of being cut off from the world trading system would be economic collapse, “not only would poverty and crime dramatically increase, so too would the very global scourges that every nation fears — increase in refugees and human trafficking.”

“This would undermine the very global, multi-lateral cooperation that is required to fight these scourges,” he said, stating that in all the money laundering and financing of terrorism cases that have been prosecuted in the world, “not one of them involved a Caribbean financial institution.

“This matter of ‘de-risking’ is a substantial matter; its consequences are far reaching,” Browne declared. “The threat we face in the Caribbean is real; the danger is imminent.

“But, make no mistake; no country will be immune from its consequences, if it is left unchecked,” added Browne, who has been mandated by CARICOM Heads of Government to convene a high-level conference on this matter in Antigua and Barbuda on October 27 and 28 this year.

Browne said he was gratified by a statement, two months ago, by the Managing Director of the International Monetary Fund (IMF), Christine Lagarde, at the New York Federal Reserve.

“I am concerned that all is not well in this world of small countries with small financial systems,” Lagarde said then. “In fact, there is a risk that they become more marginalized.

“All actors have a part to play: Countries need to upgrade their regulatory frameworks, regulators in key financial centres need to clarify regulatory expectations and ensure consistent application over time; and global banks need to avoid knee jerk reactions and find sensible ways to reduce their costs,” she said, noting “there is a lot at stake for both the big and the small, for all of us.”

“And, I call on this General Assembly of nations to recognize the substantial and dangerous nature of this issue, and to join us in addressing it constructively,” Browne said.
Jamaica Prime Minister Andrew Holness agreed that “de-risking” threatens the region’s economies, stating that “this trend hinders our participation in the global financial system and in international trade.

“This, in turn, creates serious obstacles in our efforts toward promoting investment,” he said.

With trade representing about 70 per cent of the Jamaican economy, Holness said “de-risking’ measures threaten our integration and economic viability.

“Therefore, we encourage our international partners to take the approach of establishing principles that ensure inclusive development strategies based on a country’s ability to engage in a vibrant, dynamic international trading system,” he said.

St. Kitts and Nevis’ Prime Minister Dr. Timothy Harris said that the Caribbean is being further marginalized in the global financial system, stating that, as of the first half of this year, some 16 banks, across five countries, “have lost all or some of their correspondent banking relationships, putting the financial lifeline of these countries at great risk.

“In our tourism-dependent economies, where remittances factor greatly in national development, such actions threaten to derail progress, undermine trade, direct foreign investment and repatriation of business profits,” he told the General Assembly.

Dominica Foreign Affairs Minister Francine Barron said that recent actions taken by several international banks in the United States and across Europe to terminate correspondent banking relationships with indigenous banks in the Caribbean have “made it difficult for the Caribbean to do business with the rest of the world,” adding that “the consequences are far-reaching.

“It has affected the transmission of remittances, undermined foreign investments, restricted the repatriation of profits, and restricted our national and indigenous banks’ ability to participate effectively in the international financial systems, even though they have not been found guilty of any financial or security breaches,” she said.

Frederick Mitchell, the Bahamas’ Foreign Affairs Minister, expressed concern that banks in the developed world, principally the United States, were refusing to cash cheques from some Caribbean banks, claiming that the risk of policing the latter on the issue of compliance was too high and the business that came their way too low.

He said developed-world banks were treating their Caribbean counterparts “as if they are hell on earth” by dint of new financial rules, which used pejorative expressions like “tax haven”, while imposing unfair rules and sanctions.

“The recent attacks in the press about the Bahamas’ financial services sector are simply reprehensible and violations of internationals norms,” he stressed.

Trinidad and Tobago’s Minister of Foreign and CARICOM Affairs Dennis Moses warned that the actions of financial institutions to terminate or restrict corresponding banking relations in the Caribbean has destabilized its financial sectors and disrupted its growth.

He, therefore, joined other countries of the region in calling on international banks to engage collaboratively with affected CARICOM member states.

Barbados’ Foreign Minister Maxine McClean decried the “negative impact of the economic and financial decisions of international financial and other institutions,” saying that “this is illustrated by the consequences of ‘de-risking’ on correspondent banking activity.