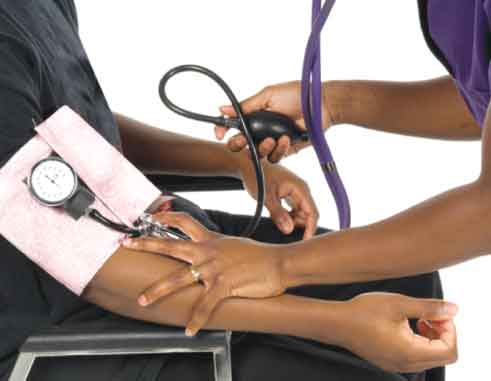 By St. Lucia Bureau of Standards

YOU may have never given a thought to the question, “is your blood pressure reading correct?’ but there is a very big chance that your readings may not be correct as you think. In a survey of patients using blood pressure meters at home, a kidney specialist at the Ottawa Hospital in Canada, Dr. Swapnil Hiremath , said “home blood pressure monitors may be inaccurate in 5% to 15% of patients, depending on the threshold for accuracy used.” While the focus of this particular survey was on home machines, the accuracy of all monitors used at home or at health institutions is an issue in determining blood pressure levels around the world.

Nearly, 1 billion of the world’s adult population is estimated to have high blood pressure. High blood pressure, also known as hypertension, is considered by many in the medical field as the “largest epidemic ever known to mankind.” High blood pressure risks include heart disease, stroke and cardiovascular disease reported to account for about 17 million deaths a year globally.

The issue resonates for Saint Lucia in more ways than one. In 2009 Saint Lucia was put on notice about an epidemic of high blood pressure and diabetes which had Saint Lucia outranking a number of countries in the Western Hemisphere for the second highest rate of hypertension per capita. In a report of Health in the Americas 2012 Edition) the Pan American Health Organization (PAHO) showed hospital data from 2007 to 2009 which recorded diabetes and hypertension as accounting for 27 percent of all admissions, and hypertension on its own accounted for 50 percent of hospital , for the period.

This may not have come as a surprise to the average Saint Lucian, if you are not hypertensive yourself, you are more likely than not, to know someone who is, that person may very well be in your household. So, when PAHO published its data, it confirmed what we have always known. To us, hypertension is as ‘everyday’ as the common cold.

The treatment of high blood pressure is contingent on regular screenings in clinical settings as well as at home. The advent of digital blood pressure monitors has aided the convenience of testing as well as dealing with the environmental concerns raised about the use of mercury in the earlier sphygmomanometers in use everywhere. However, when compared to the older meters it offers convenience benefits but sacrifices the accuracy of the measurements (de Greeff, et al, 2008).

Today, policymakers are concerned about the accuracy of the data which puts 1 billion as hypertensive. There are attendant risks with an inaccurate blood pressure reading and like the rest of the world, Saint Lucia is taking note. The Saint Lucia Bureau of Standards has begun the process to interrogate and authenticate the future data of hypertension with the expansion of its verification programme for measuring equipment.

A first phase of work in that regard began with the Saint Lucia Fire Service as part of a baseline to understand and make conclusions about the state of blood pressure monitors in the health system. Building credibility into the system is a matter of life and death. The SLBS has so far concluded, that of the hundreds of blood pressure monitors being used across the healthcare system there is not a systematic programme for checking the accuracy of these monitors putting the public’s health as risk.

.The specific objective of our verification service for non-invasive sphygmomanometers( blood pressure meters) is to ensure that these instruments used by medical professionals in the public and private health institutions provided accurate and reliable results during the life span of each instrument. In developing this verification service some of the main activities conducted included procurement of a standard pressure gauge (to test the blood pressure meters), regional and in-house training and simulation of sphygmomanometer verification, sensitization of stakeholders such as the St. Lucia Medical & Dental Association and public relations on the importance of sphygmomanometer verification.

We have, to date, verified blood pressure meters at a local polyclinic, at the offices of doctors in private practice, for members of the public and more recently for the emergency medical services (EMS) division of the St. Lucia Fire Service. Green “Passed” verification stickers were affixed to the blood pressure meters which were found to be accurate and red “Rejected” stickers to those which were not in compliance with international requirements.

The public can expect, in the future, to see our verification stickers on blood pressure meters used at the various clinics in Saint Lucia. We urge suppliers, medical professionals and consumers, in the interim, to purchase blood pressure meters which have been validated for clinical or home use under the ESH International Protocol. One can determine, prior to procurement, whether the particular model of instrument has been validated through the use of free online resources such as the database of the British Hypertension Society (http://bhsoc.org/bp-monitors/bp-monitors/).