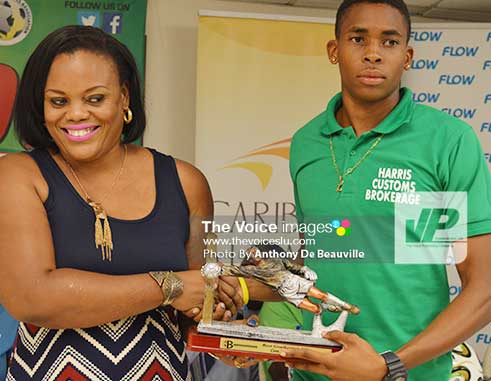 IT was a clean sweep for Vieux Fort South on Thursday evening as the team collected a record eight individual awards and over $31,000 in the Blackheart Production prize giving ceremony.

The monies paid out covered goals scored, transportation, prize for teams that participated in the tournament and the sanction fee to the Saint Lucia Football Association for staging of the tournament.

Team Marchand, which finished second in the tournament, took home $11,750, while Gros Islet received $7,050 and Canaries $3,250 for third and fourth places respectively.

The participating teams will have to collect their monetary prizes at the SLFA head office on Barnard Hill.