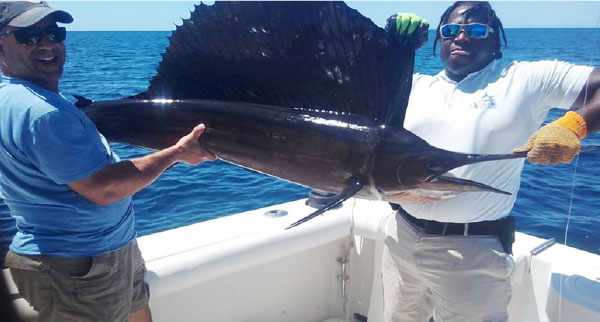 A Car Among The Top Prizes.

THE Saint Lucia Game Fishing Association will from today host the highly-anticipated International Billfish Tournament 2016 at IGY Rodney Bay Marina with more than EC$100,000 in prizes to be won, including a car.

The five-day event, which runs up until this Saturday, brings the most competitive sport fishing teams from around the region to the island, with many loyal participants returning yearly to ply the waters off Saint Lucia’s coast and further afield for the largest bill fish they can hook, including the elusive blue marlin.

The catch and release tournament is a favourite of seasoned sport-fishers because of the quality of the competition and the challenges provided by Saint Lucia’s teeming waters. The event is also a qualifier for the Offshore World Championships. More than 20 Caribbean and international boats participated in last year’s tournament.

The International Saint Lucia Bill Fish Tournament is held based in the 5-Anchor IGY Marina, Rodney Marina, which devotes an entire dock to the event, ensuring that local and visiting boats get a chance to connect, socialize and indulge in a bit of feisty fighting talk, as is the tradition in any competitive sport.

The tournament is planned by a local committee, spearheaded by President of the Saint Lucia Game Fishing Association (SLGFA), Sean Devaux, who is also the Operations Manager at IGY Rodney Bay Marina and Maritime Director on the SLHTA Board.

This year, the SLGFA organizing team is very excited about the 25th anniversary edition of the event, with over $100,000 in prizes to be won, plus a vehicle for the heaviest fish to scale. With an increased number of registrations expected and interest in the tournament at an all-time high, the team is expecting to attract the sort of positive attention the island’s marine tourism industry needs, taking the first quarter of a century’s successes as a basis for developing the sector for the next several decades.

Devaux said: “Sport-fishing in Saint Lucian waters has been very active and rewarding over the years, with marlin and sailfish being regularly released by some of the charter companies and avid sport fishers here in on the island. Fortunately for us, the tournament this year is under similar conditions as 2015, so we do anticipate similar competitive results, camaraderie and, most importantly, sportsmanship and friendships. As stakeholders in the maritime industry, I hope we can continue to develop Saint Lucia into a significant fishing destination in the coming years.”