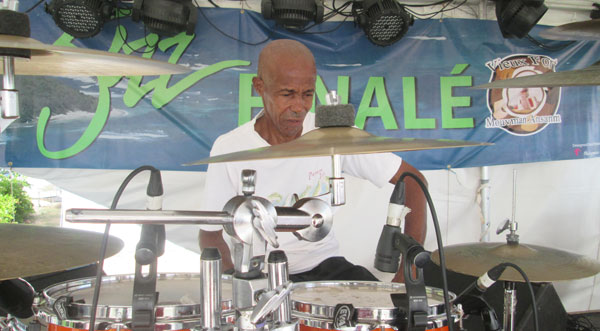 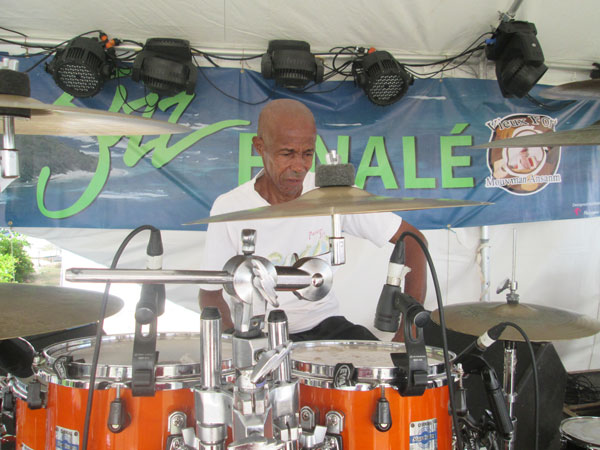 Veteran drummer/percussionist, Rudy Auguste, died at his home in Dennery Valley last Tuesday, The VOICE has learned. He was 69.

Auguste’s musical career spans more than 40 years, starting with him as a singer with a group called “Firebirds” at the Blue Danube Club. He joined Boo and the Tru Tones in 1969 to fill the shoes of the then incumbent drummer and found himself in a creative niche since the band was then producing originals as well as covers of contemporary music in many genres.

Upon his departure from The Tru Tones, he performed with Night Train, Nu Sonics, Luther Francois, Chapter 8, Graduates, Mad Monks, Third Eye, Equinox and Pan Sonic Steel Orchestra. He was a highly-motivated individual as his penchant for loyalty, dedication and discipline to his craft placed him in high demand.

A recording drummer, within the last six months, he was a member of Fifth Degree, together with Winbert Felix on saxophone, Irwin Auguste on bass, Menell Delice on vocals and Leroy Joseph on keyboards. Last May, Fifth Degree made an impressive debut at the Vieux Fort Mouvman Ansamn with their last performance at the National Cultural Centre on July 17 where they were enthusiastically received by the visiting French Carnivalists at a welcome ceremony attended by the Minister of Culture, Fortuna Belrose.

Auguste’s drumming styles covered a broad spectrum of musical rhythms, on congas, timbales, bongos and other hand percussive instruments. He toured widely with the groups he worked with in the region, the United States and Canada. He also took up residency in Martinique for a short stint where he worked as a musician.

Fellow musicians throughout the rank and file of St. Lucia’s musical industry duly extend sincere condolences to his wife, Laura, and their four children.