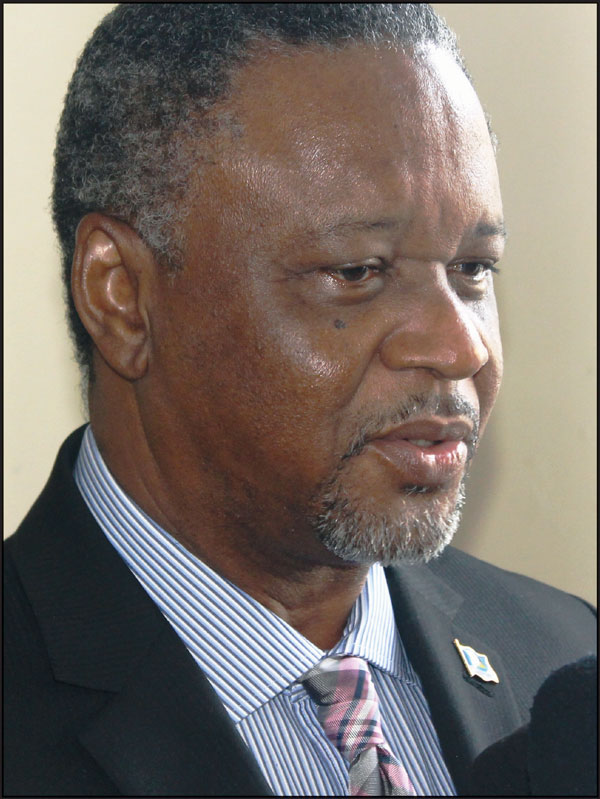 Constabulary To Be Revamped

AN effort is being made to have more persons in uniform patrol the streets of the commercial sector of Castries so as to lessen incidents of theft that have become rampant of late, and to create a heightened sense of safety for locals and visitors alike.

However, the effort is not coming from the police force, but rather from the Castries Constituency Council (CCC).

Mayor Peterson Francis said that clearly the city has to do something about the crime situation within its borders, and increasing the manpower of the city’s constabulary from 13 at present to 30 in the near future, is one such way of bringing the crime situation under control.

The Minister has gone as far as stating that it is young people perpetrating the crimes in the city and that the police will be working assiduously in dealing with them.

Over the past month several business houses in the city have been burglarized, some multiple times like Courts on Chaussee Road. A mobile phone store, a jewellery store, a video game outlet and other businesses within the city’s limits have been burgled.

The police department is on the lookout to nip any such criminal action in the bud. However even its officers cannot tell where the thieves will strike next making it almost mandatory for business houses to equip their premises with security systems of some sort that could capture images of burglars who terrorize their establishments.

Such equipment could be purchased duty free, noted Minister Francis, adding that there was an avenue available to business persons for duty free purchasing of security equipment for their businesses.

Bradley Felix, Minister in the Office of the Prime Minister with responsibility for Commerce, Industry, Investment, Enterprise Development and Consumer Affairs, also told reporters that the government must make the criminal elements recognize that it means business.

“Something has to be done and something will be done,” he said in response to a question by a reporter on the spate of break-ins of business establishments in Castries. “It’s a matter of ensuring that we put the right plans in place to attack them (criminals) because they are now getting business people quite fearful of operating in the city so we need to counter attack,” Felix said.

Even he supports the idea of round the clock patrolling of the city by police officers, which is already in effect, technically, because it is those same officers who are called upon to investigate complaints from the citizenry, even when they are supposed to be on patrol.

The criminal attacks are not only on businesses but on individuals as well. Reports of persons being robbed, even in broad daylight have been numerous, with an unlikely place, the walkovers across the heavily trafficked stretch of road that leads from the John Compton Highway all the way to the Choc/Union/Gros Islet roundabout, now being the place to either avoid completely at nights or be on the alert when crossing, as reports have been made of pedestrians being robbed there, particularly the one near Gablewoods Mall.

Minister Francis has promised to look into that particularly new area of attack, at least to see that the area is properly lit at nights to deter criminals.