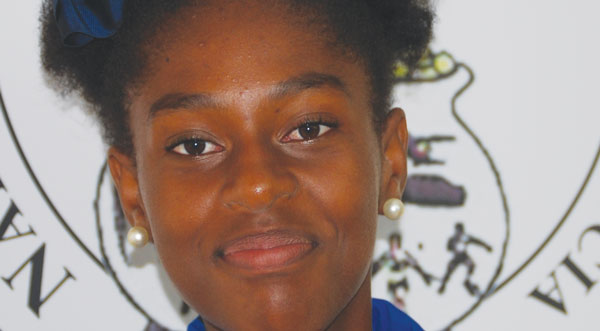 IT is a sad time as the country bids farewell to one of its promising young daughters in sports. Former national under – 16 netball player Joanne Wilfred, “Shepard” as she was affectionately known, will be laid to rest tomorrow at the Canaries Cemetery.

She passed away in her home district of Canaries on Friday September 9, after she complained of feeling unwell. The young sports enthusiast died as a result of complications of an enlarged heart, it has been revealed.

Family members, the executive and members of the St. Lucia Netball Association and St. Lucia Football Association, friends and well-wishers from the Canaries community are expected to be in attendance to celebrate the life of the former and aspiring sportswoman.

Joanne can best be described as one of the country’s promising and vibrant characters of the game for her versatility playing in Wing Attack, Centre and Goal Shoot positions as she made life difficult for her opponents.

For her tender age, she was an outstanding and highly-skilled player and played at both ends of the court. But while she was a dominant figure on the court, she was also leader off the court.

Joanne was a form four Student of the Soufriere Comprehensive Secondary School; she also represented that learning institution in Ministry of Education / Ministry of Youth Development and Sports schools netball tournaments.

On court, her open and fun-loving personality never failed to boost her team, even in the toughest training schedules at the Vigie Multi-Purpose Sports Complex under the watchful eyes of netball coaches Shem Maxwell and Roxanne Synder. She had a good sense of humour and even under pressure during the heat of battle on court, she would make some comments and send her teammates into fits of laughter.

Joanne represented St. Lucia last year at home during the Jean Pierre Caribbean Under – 16 Youth Tournament. On the football field, she also represented her district in SLFA tournaments.