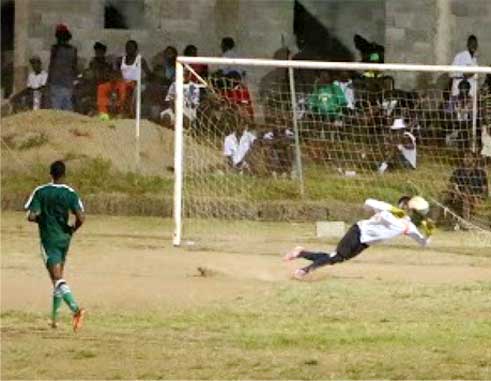 CENTRAL Castries and Roseau Valley will clash in game 1 of the 2016 Blackheart/St. Lucia Football Association Knockout Tournament which begins on Saturday at the Daren Sammy Ground.

The announcement was made following the draw that took place on Monday evening at Auberge Seraphine.

The draw revealed some highly-attractive and interesting match-ups scheduled to kick off this Saturday at the Daren Sammy Cricket Ground.

From 6:00 p.m., Central Castries will play Roseau Valley and at 8:00 p.m. two former champions, Canaries and Anse la Raye, will clash in a west coast derby.

The tournament then takes a two-day break and resumes on Wednesday at the Phillip Marcellin Ground in Vieux Fort with another double-header. From 6:00 p.m. Vieux Fort North will fancy their chances against Marchand while Vieux Fort South will play South Castries at 8:00 p.m.

On Saturday, September 24, the action heads to the Soufriere Mini Stadium. From 6:00 p.m. defending champions, Micoud, will play the SLFA Under – 20s, while at 8:00 p.m. home team, Soufriere, takes on Gros Islet.