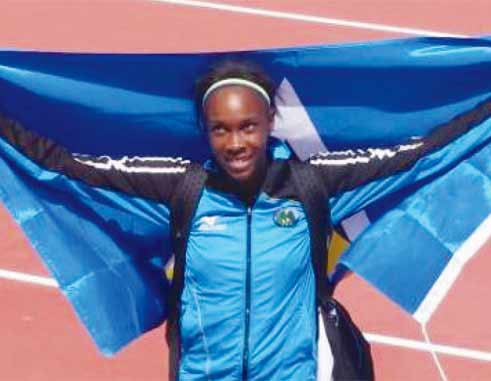 Spencer will arrive at the Hewanorra International Airport from 2:00 p.m. from the USA to a rousing welcome for her. joint fifth place at the last month’s Summer Olympics Games in Rio de Janeiro, Brazil.

She will be welcomed on arrival at the airport by Prime Minister Allen Chastanet, St. Lucia Olympic Committee President, Fortuna Belrose, and other government officials.

The party will then head to the VIP Lounge for a welcome reception. Although Saint Lucia did not medal at the Rio Games, the five athletes who represented the island in three sporting disciplines (athletics, sailing and swimming) did remarkably well recording St Lucia’s best showing at the Olympics since debuting in 1996 in Atlanta.

At a press conference held on Tuesday morning to outline plans for celebrating Spencer’s success, Youth and Sports Director Jim Xavier, who is a member of the planning committee said that following the reception in the VIP Lounge, there will be a “meet and greet” outside the airport where Spencer will interact with students from the various schools in the south and members of the public.

Tomorrow, she will make a courtesy call on Governor-General Dame Pearlette Louisy at 9:30 a.m. and Mayor of Castries, Peterson Francis, at 11:00 a.m., followed by an official luncheon at Sandals Regency Hotel from 12:30 p.m. 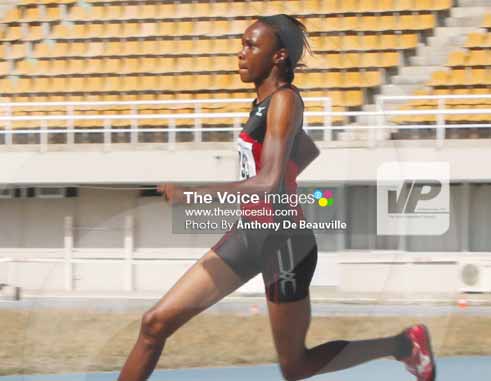 This Saturday has been dubbed “Meet the Champion Day” and from 10:00 a.m., Constitution Park in Castries will be a hive of activity as the star athlete will be honoured with a series of cultural presentations and engage members of the public in signing of autographs. On Sunday, Babonneau stages its own special celebration for the athlete.

The celebration continues on Sunday, September 25 with an anniversary church service and lunch from 10:00 a.m. at the Gospel Baptist Church in Cacao, Babonneau.

On Tuesday, Spencer will pay courtesy calls at nine schools in the north of the island beginning from 8:30 a.m. On Wednesday, she is expected to visit a further eight schools within the Babonneau community while on Thursday it will be the turn of 10 schools in the Castries basin. The school visits will take her southwest of the island on Tuesday, October 4 where she will visit Piaye, Saltibus, Riviere Doree, Roblot, Dugard, Reunion, Delcer and Mongouge Combined Schools. On Wednesday, October 5, she will travel to the east and south of the island where she will visit the Dennery Infant and Grace Combined.

Her final stop will be at the Entrepot Secondary on Thursday, October 6, where it all started for her under the watchful eyes of teacher/coach Gregory Lubin. A plaque will be placed in her honour there.

Birsha Auguste, President of the Babonneau Youth and Sports Council explained the reason behind the lavish honouring of Spencer this time. She said: “The idea gave birth the same Saturday that Levern competed in the (Olympic) finals. Members of the executive went online saying we needed to do a proper homecoming. The theme for Sunday, September 18 is ‘Celebrating Our Champion’. The celebration will start off from her community in Cacao and go throughout Babonneau. We are aware that the government of St. Lucia will be embracing her on a national level but Babonneau wanted to do something of its own ; we want to make her feel even more special than the nation itself.”

After a motorcade, the grandmothers and grandfathers, signing autographs. The third segment of the celebration will be held at the Babonneau Multipurpose Centre where a three-hour tribute showcasing the true story of Levern Spencer is scheduled from 5:30 p.m. That tribute will include her achievements for the past 18 years.