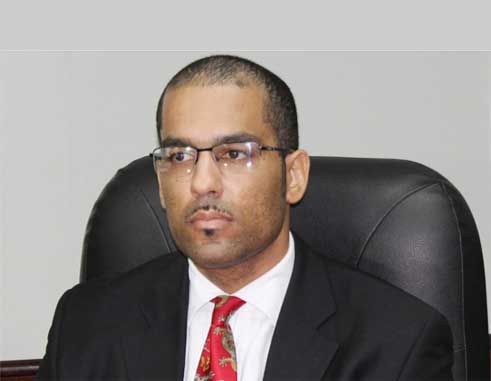 ENVIRONMENTAL issues and the government’s unwillingness, to divulge certain information contained in the framework of agreement for the US$2.6 billion investment for Vieux Fort are generating more questions about the project, quicker than government and Invest St. Lucia can answer.

A press conference called by Invest St. Lucia on Monday put some questions to rest but raised others the investment agency declined to answer.

It was clear from that press conference that not all questions St. Lucians may have about the “Pearl of the Caribbean” the name given to the project, will automatically be answered.

Bradley Felix, Investment, Industry and Commerce Minister, said there will be some trade secrets within the framework of agreement signed by Prime Minister Allen Chastanet and Teo Ah King, Chairman of Desert Star Holdings Ltd. that cannot be divulged at this time.

He was responding to a question as to whether any exclusive rights were given to DSH to operate certain facilities within the overall project, such as a casino.

“The world is watching and we have to be prudent as to the information that is put out there. As the whole concept is developed, more information will be given,” Felix said.

The Minister, however, was echoing SeryozhaCenac, Legal Counsel for Invest St. Lucia, the country’s premier investment agency, who had earlier noted that not everything about the multi-billion project can be revealed at this stage.

“We are still governed by the terms and conditions of the agreement and questions about what is contained in the agreement cannot be divulged to the public at this point in time,” Cenac told reporters.

The 700-acre site earmarked for the DSH project has come under intense public scrutiny since it was learned that it comprised the Beausejour farm lands, the abattoir – the meat processing facility that was built by the Government of St. Lucia and the Government of the Republic of China (Taiwan) for approximately EC$21 million – and the mangrove.

The Minister admitted that at one time discussions had been held with the government and DSH over the abattoir’s relocation.

“The developer is aware that the abattoir is dear to the hearts of Vieux Fortians,” Felix said.

DSH is concerned about pork being processed at the abattoir since part of its development in the area has to do with the equestrian industry. It appears that the pork processing part of the abattoir may be relocated elsewhere, although there has been no official word that this will be so. Negotiations are ongoing in that regard.

The Minister, however, was certain that the abattoir will remain at its present location but will be restricted in its operations.

Regarding the Beausejour farm lands, the Minister acknowledged that a part of those lands will be taken over by the project. However, in respect tof the mangrove he explained that the whole idea was to see whether the development can co-exist with the mangrove since the mangrove may be under some pressure presently.