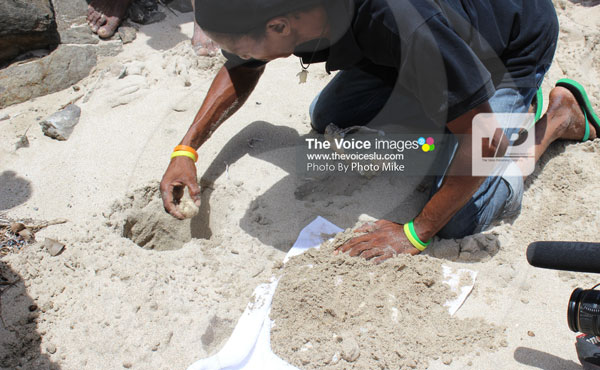 ST. LUCIA has a rich variety of life. Its biological diversity is immense. The number of species of plants, animals, and microorganisms, the enormous variety of genes in these species, the different ecosystems on this small island such as rainforests and coral reefs are all part of a biologically diverse St. Lucia.

However, to maintain this appropriate conservation and sustainable development strategies must be attempted. This must be recognized as being integral to any approach taken to safeguarding the country’s rich variety of life.

But have we, meaning the people and government, recognized how important nature and its biological diversity are to our survival? But most of all, have we really understood the need to maintain it and that precarious balance between nature and man’s greed to take away as much as he can from nature hereby affecting the precarious balance?

The Ministry of Fisheries last Saturday took media personnel on a tour of Maria Island and Point Sable in the south to show why biodiversity is important and the need to preserve what we have.

Coming out of this tour was basically how can the media get and hold the attention of the general public to the importance of conserving St. Lucia’s environmental and cultural resources from harm, loss, change or decay.

Questions on how can the people prevent government from creating activities that would destroy the biodiversity of the country, or change the thinking of the power pushers of the country to include in their development plans for the preservation of the island’s biodiversity were the focal point of discussion on the tour.

Questions on the role the media can play to make environmental articles appealing to the general public were also entertained.

However, at the end it was understood that biodiversity boosts ecosystem productivity where each species, no matter how small, have an important role to play.

For example, a larger number of plant species means a greater variety of crops; greater species diversity ensures natural sustainability for all life forms; and healthy ecosystems can better withstand and recover from a variety of disasters.

Getting the entire country to understand that is the task the media face.