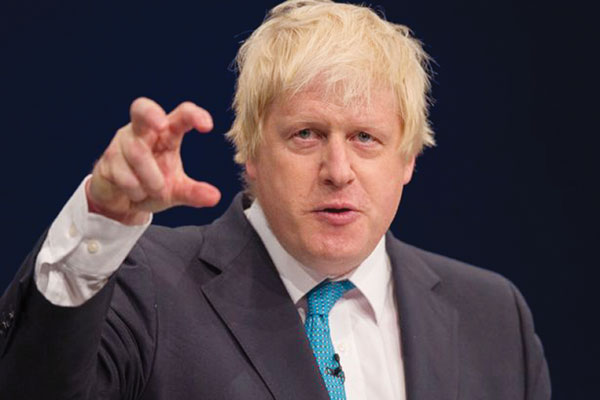 IT’S difficult to decide whether British Prime Minister Theresa May’s appointment of Boris Johnson as Britain’s top diplomat was a tactical master stroke, or simply the most obvious thing to do.

Johnson has a long and forked tongue. He has insulted world leaders and heads of poor states alike. He stabbed his friend David Cameron so deep in the back that he lost his prime ministership. But he quite successfully led the Brexit revolt against Cameron in the Conservative Party and across the country — and his campaign won big.

But for the former London Mayor Johnson himself having been back-stabbed by his own buddy friend, then Justice Secretary Michael Gove, Johnson would most likely have emerged as Cameron’s successor.

However, the party pulled the rug under Gove and backed Theresa May.

May backed both horses in the Brexit race — and also had the best of both worlds. She quietly backed the Remain campaign originally, but also silently had a change of mind and backed the Leave camp in the end. Home Affairs Minister for six years, plus her identification with both sides, sold her as a safe pair of hands capable of guiding the ruling party back to unity.

Not elected by the people and having no intention to call a general election, Britain’s second lady PM has also insisted, from Day One, that she will honour the vote to exit the EU. But she would also now need the best person to sell the Brexit reasoning to the rest of the world — and who better than Boris? After all, he led that campaign that not only deposed Cameron in also started the possible breakup of the United Kingdom — and the EU itself. So, despite being back-stabbed by his bosom buddy, why let him off the hook by allowing him to slip himself into involuntary oblivion?

As the equivalent Foreign Minister of the U.K., Johnson will have to clean his tongue. Britain’s new top diplomat will now have to find new words that probably never fit his vocabulary, but that’s what diplomacy is about.

Putting Mr Brexit to sell the Brexit to the world could not have been widely expected in today’s world when and where political norms and traditions are being turned on their heads by new electorates fired-up by things and in ways hitherto unknown or even thought of.

Johnson lost the chance to have headlines like “Boris vs Vladimir” that may have described furious verbal clashes with the Russian leader. But now in a position to stick his middle finger to the EU from London and in Brussels, no one — apart from PM May — can be more a winner from the Brexit vote than Johnson, the wannabe “Boris The Brussels Buster!”