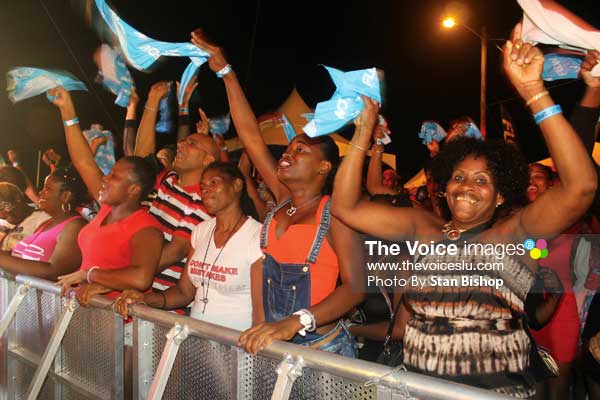 The event, dubbed “The Finale Fete”, featured some of the top soca artistes, many of whom competed in this year’s Groovy and Party Soca Monarch just over a week ago.

This year’s event was relocated from its former and more intimate venue, Samaans Park venue. Billed for a 9:00 p.m. start, the live performances finally began around 11:00 p.m. by which time the fickle crowd began to grow.

Nevertheless, after enduring a long and eventful carnival season, Mas Attack Live 2 had enough vibe that reminded patrons how eventful the season was – musically, that is — as close to two dozen artistes performed their favourite tracks.