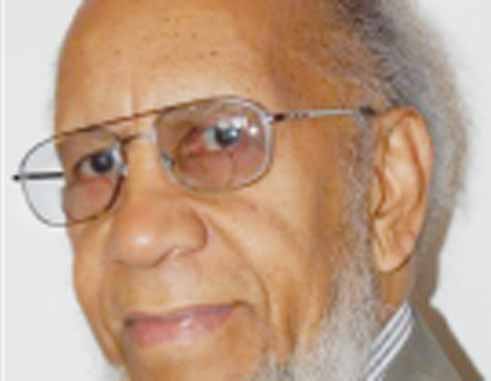 On that occasion ,Dr.Edsel Edmunds, a former member of the Faculty of Agriculture, Saint Augustine Campus , Trinidad and former Ambassador of St Lucia to the UN, OAS, and US donated one of his paintings from his series entitled “Many Horizons” which is based on the substance of his book of poems entitled “Many Horizons” published by Medgar Evers College of New York University.

His painting was auctioned and attained the highest bid of US$1,100.00 which was donated to the University. He also read from his book of poems and unpublished works relevant to Caribbean and Global affairs embodied in the poems “Them and I” and an “Ode to the Caribbean”

As part of the ceremony, he presented to the Chancellor of the University Sir George Alleyne and the Vice Chancellor Sir Hilary Beckles his book of poems and motivational book entitled “The Triangle of success: for our youth leaders of tomorrow” as well as his report to the Organization of American States entitled “Working Document on Programme of Support for Democracy and Good Governance in the Caribbean”.