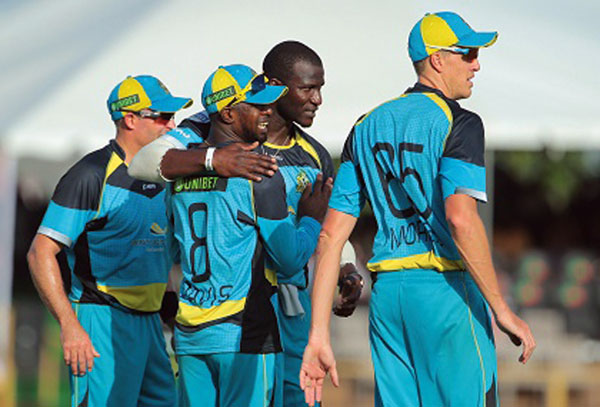 ORGANISERS say the upcoming Caribbean Premier League games starting here next week will be a “terrific showcase” for the country.

Four games in the Caribbean’s premier Twenty20 tournament will be staged here from July 21-26, as the recently named Darren Sammy cricket Ground plays hosts to its first competitive games since being renamed after the Zouks captain.

“The St. Lucia public have always been proud and loyal followers of their team and next week they will have the first chance to honour the efforts of Darren, Johnson and Andre Fletcher, who were members of the West Indies World T20 winning squad.”

St Lucia Zouks will be in action during their home leg starting July 21 at the Darren Sammy Cricket Ground.

“In addition, some of the biggest names in world cricket will be showcasing their talents on the field. And if the standard of cricket so far is an indicator, then I’m sure we’re in for a real treat of top-class T20 cricket next week.

“The Zouks will be bidding to reach the play-offs for the first time and have some outstanding quality in their squad including players of the calibre of Shane Watson, David Miller, Mike Hussey, MorneMorkel and the recently signed Jerome Taylor.”

Zouks host St Kitts and Nevis Patriots on July 21 before taking on 2015 champions Barbados Tridents on July 23 in a midday clash.

Leaders Guyana Amazon Warriors will feature in the third game on July 26 before the dangerous Trinbago Knight Riders arrive for the final game on July 26.

Russell said the on-field action would be complemented by the activities occurring off the field.

“There are lots of fun community projects, which will further extend the ties with the St. Lucia public taking place next week, while on the field each of the five teams will be battling it out for much-needed points as they bid to make the play-offs in St. Kitts & Nevis in the first week of August,” Russell said.

He added: “It’s shaping up to be a terrific showcase for St. Lucia …”

Zouks have lost two of their three matches and lie bottom of the standings on two points.