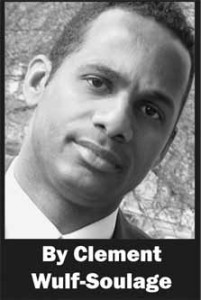 SUNDAY evening, on the eve of the 2016 general elections, the atmosphere in both political camps will be one filled with hope and optimism as the electorate contemplates the nation’s future political direction. By that time, the massive exuberant crowds will have dispersed and tens of thousands will have heard the candidates’ closing pitches.

As the curtains come down on a truncated election season, the major parties will have spent more money in the final week of their campaigns than in any other week. Yet, the strange irony is that the huge political rallies continued to target the “die-hard” and “tribal” voters instead of appealing to that sliver of voters not affiliated with any particular political outfit and who will likely vote across party lines. Whether enough of an effort was made to c
ourt these registered INDEPENDENT voters (a burgeoning demographic group that has the power to sway the results of elections) remains to be seen.

In large measure, Saint Lucia electoral politics are shaped by two qualities: their rambunctiousness and their partisanship. If conventional electoral wisdom holds, many supporters (particularly the hard-core loyalists) will simply not switch alliances between parties despite the prevailing circumstances in their respective parties, or irrespective of their personal and economic circumstances.

“In the Caribbean region’s system of tribal politics,” according to an electoral behaviour report by the Latin American and Caribbean Studies Institute (LACSI) of the University of Georgia, “there are ‘lock’ voters who are solidly partisan to a particular candidate and will not consider changing their minds whatever the opponents say.”

It seems party loyalty is so entrenched in our political culture that there are electoral strongholds where candidates would probably still be elected even if they were filmed robbing a supermarket. The reality of local politics is that half the voters will pull the country in one direction, and the other half will stubbornly yank it the opposite way.

Indeed, if there was any doubt whatsoever that Saint Lucia was split down the middle politically, the Caribbean Development Research Services INC (CADRES) has dispelled it. Going on the poll results of the Barbados-based organization, there appears to be a statistical dead-heat between the two parties. With a margin of plus or minus five per cent, the poll found that the UWP and SLP secured 33 per cent and 34 per cent of the committed vote share respectively. The remaining 30 per cent of respondents were categorized as “Uncertain Voters”.

With a race to lead the country so tight, winning over these “up for grabs” voters is a critical last piece of the electoral puzzle for both parties. In other words, candidates searching for votes to get them over the finish line will need to CRAFT A MESSAGE to swing voters in the final days, as the respective party bases presumably are already won.

Think of the last three elections in the region and consider how narrow the margins of victory were. In Saint Vincent, the Unity Labour Party (ULP) led by Dr Ralph Gonsalves retained its slim majority of eight seats to the New Democratic Party (NDP) opposition’s seven. In the Trinidad general elections, which saw victory for Keith Rowley’s PNM, there was a close fight for the country’s ten marginal constituencies. In Jamaica, a famously polarized electorate narrowly ousted the country’s first female prime minister to hand victory to the JLP led by Andrew Holness.

The electoral trend is clear: elections in the region are a 50-50 gamble, and parties seemingly can no longer command large majorities, leaving swing voters (independents) to decide who eventually forms a government.

But who really are these independent voters and what is their universe like? As opposed to the US where swing voters are considered low-information voters, independents here are presumably more educated and middle class. It’s generally known that independents shun partisan labels or loyalty, and swing back and forth between the major political parties from election to election. They supply little in the way of political drama and excitement, and will vote depending on the issues and developments that influence them.

More importantly, they pay greater attention to the competence of the candidates, the political leadership of the parties and the critical national issues, as they are likely regular readers (even fact checkers) and social media enthusiasts who are bettered informed about the critical issues of the day. Remember those formal debates many people were calling for? In all probability, independents would have readily tuned in to assess the candidates and their positions.

All of which are in sync with the views posited by the Trinidad-based political scientist Derek Ramsamooj that: “The political rhetoric and political optics displayed, while resonating with party supporters, have a different interpretation with the undecided, first-time voters, the business community, and swing voters.”

Although there is the possibility that the political interest by independents may have been piqued since the parties launched their manifestos this week, it’s more likely that they’ll vote for a party based on past performance rather than future election promises and pledges.
In the final analysis, independents I suspect, will go to the polling stations and quietly cast their votes, motivated both by self-interest and national concerns.

What issues are likely to interest these “movable voters”? For many, the state of the economy, the cost of living and the sustainability of SMEs are major points. Debt is a growing problem in Saint Lucia, at almost 75% of GDP. Youth unemployment is running at 44%. Like everyone else, independent voters will expect a new government to implement policies that will attract foreign direct investment (FDI), grow the economy and create SUSTAINABLE JOBS.

There will also be tremendous pressure on the next government to resolve the IMPACS impasse and make amends with the US government. Equally challenging for the incoming administration will be the growing demands of an importunate electorate to fix the justice system and address crime, as well as to improve education, healthcare and infrastructure.

Whoever wins, the country’s economic and social challenges mean that Saint Lucia’s next leader will face an unenviable task. Choose wisely and Godspeed!