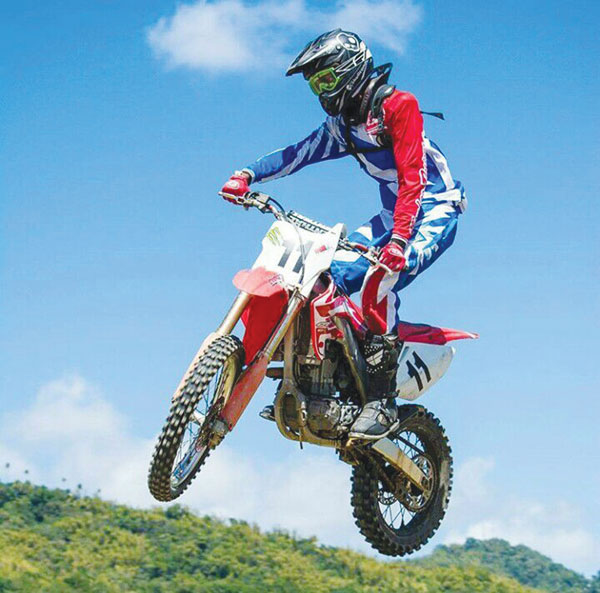 ALL roads lead to the Cul de Sac race track tomorrow for the final round of the St. Lucia Moto X Club Championships dubbed “Heated and Exciting”. With six classes of races on display across a six hour period starting from 1:00 p.m. sharp there will be plenty of excitement to keep the usually large crowd entertained.

“ This is going to be the most heated and exciting event of the season”, said Kir Girard, 2nd Vice President for the Moto X Club, “as we look to bring the curtains down on a very successful season”.

Girard added: “The riders will battle it out to gain the ultimate positions to end the season on a high. The winner of Class A will be walking away with a ‘Brand New 2016 Yamaha YBR 125. In addition, the various winners of all the classes will also win prizes from our various sponsors, which will be presented at the Club’s official awards ceremony to be held in August.

She continued: “It has been an intriguing year for the club. The level of participation by members, the competiveness on the track and the discipline exhibited by all the participants have been at an all-time high”.

In action tomorrow, in the PeeWee Class will be Shaan Cooper, on Honda CR50, Kareem Louis on Honda CR50 and Christian Eudoxie on Honda CRF70.

In the Junior Class, Rossi Mc Lean will lead the charge on Kawasaki KX65. With him will be Alpha Burt, on Honda CR70 and Jeannai Dalson on Honda CR70.