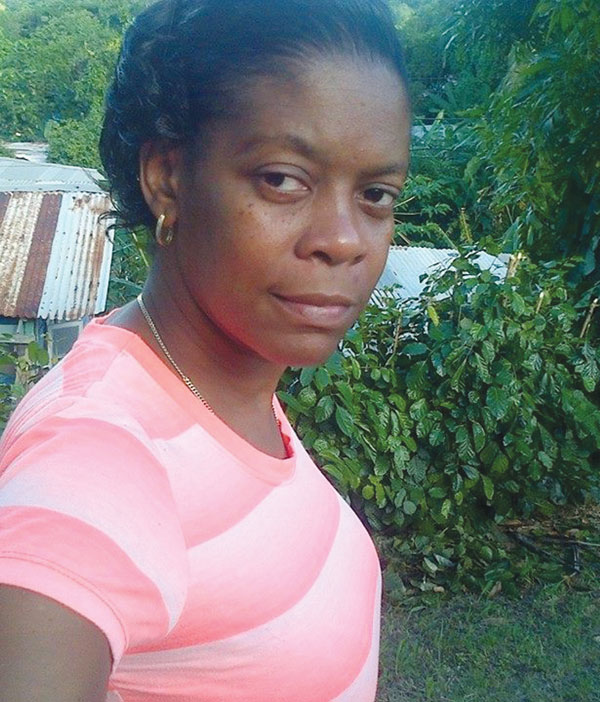 WHEN you hear a woman talking about earning her stripes, she could be referring to many things, like reaching exercise goals and target weight, finally securing her dream job after working extremely hard to get it or even getting the man of her dreams. However, in most cases, they would be talking about motherhood.

To be specific, when they use that term, they are usually referring to stretch marks (mostly on their stomachs) that they got during pregnancy.

In other cases that are more common than one might think, those mommies are also referring to the scar of a Caesarean section (C-section) where their baby/babies were surgically removed from the womb.

The reasons for these surgeries are too numerous to begin to mention but whatever any given woman’s reasons may be, it is most certainly one that she will never forget thanks to the scar that will forever remain on her abdomen.

In a few cases, women fall into depression, some deeper than others when they are faced with the fact that they will have to live with the stretch marks and or scar for the rest of their lives, but other women choose to boldly celebrate theirs.

These women usually go on to jokingly call themselves tigresses who bear the stripes of motherhood and they are eternally proud of them.

Today’s FITC is one such tigress who says although she has her down days, she would do it all over again if she had the choice.

Delia Harris – Wilson is a 37-year-old mother of four, whose last two sons were delivered via C-section and after hearing all what she suffered through, you could see why she is so proud to wear her surgical scar.

She also had some words of encouragement for the women out there who have a crippling fear of the procedure.

The Cabiche, Babonneau resident who is a certified cosmetologist has even taken her maternal duties one step further by putting her life on hold to be a stay at home mom to ensure that her children and husband all have the love and care that they need.

The shy tigress told The VOICE that above all, it is her love for children that keeps her going.

The VOICE: Now with your last son, who was delivered by Caesarean section, was that your first time having this surgery?
Delia: No that was my second C-section. My first was eight years ago with my first son. I fell when I was six months pregnant and the placenta was moved. I developed a condition called placenta praevia (where the placenta partially or completely blocks the neck of the uterus and interferes with the normal delivery of a baby). I spent three months on bed rest at Victoria Hospital and then my son was delivered two weeks before his due date via C-section.

The VOICE: Talk me through that experience.
Delia: Ok. On the morning of the surgery I got prepped, a catheter was placed and I got douched. When my time came, I was taken to the theatre. My first C-section was performed by Doctor Parris and her team and the second by Doctor Lendor because my gynaecologist was off island. I was put to sleep and the next thing I know I got up in excruciating pain, but the nurses were extremely nice.

The VOICE: Ok, now talk me through the healing process.
Delia: The healing process is not an easy one. The day after surgery I was like a baby. The nurses had to clean me and I couldn’t drink water or eat till I was able to walk around but I’m a strong girl. I did get up the day after my surgery. My last son is three years old now and I still have pain at times. I still suffer from terrible back pains but like I said, I’m a strong girl.

The VOICE: What was your state of mind like, knowing that you are about to undergo such a major surgery just so that you could give life?
Delia: To be honest I was relaxed knowing that C-section was my only option. I was terrified of giving birth vaginally because of my first two experiences…oh my God. I was relaxed and my husband was my support. He never left my side. I saw this man at his lowest at these moments just to make sure I was comfortable. On the morning of both surgeries he was at the hospital for 7:00 a.m. He broke down after the birth of our first son because I had two miscarriages before due to fibroids. But along the way I met great people and made great friends.

The VOICE: What goes through your head when you see that scar on your stomach?

Delia: I thank God every day that I made it through and it makes me appreciate life more. I adore my two sons…I hold them so close to my heart. When my sons are grown, I’ve got something to show them and say look mummy did this for you two. I wouldn’t have it any other way. Although my scar is not really visible because I got bikini cuts, my girly figure is gone. I used to be really flat but because of the bikini cut my belly kind of overlaps and I hate it. I’ve told my husband I hate my body and he says; “Babe, I love you and you did this for me. You gave me my two sons and I love your body.” I’ve become very self-conscious. But, I’ve made up my mind to put my life and dreams on hold to raise my kids.

The VOICE: Would you ever consider having more children?
Delia: No! For one, I got morning sickness for eight months and I hate the feeling. I had surgery after my last son to stop having kids and I also had a myomectomy (the surgical removal of fibroids from the uterus) one year ago which included the removal of my womb because of a huge fibroid.

The VOICE: What would you say to women who refuse to have children for fear of C-secs?
Delia: To me I would rather have a C-section over vaginal delivery, but that’s my opinion. C-section or vaginal delivery, it all comes down to the same thing where women are risking their lives every day in childbirth. I’ve heard kids who are born from C-section don’t bond with their parents…that’s a lie because I have the strongest bond with my boys who were born via C-section. Don’t get me wrong though because I adore my girls. My kids are the greatest gift of all.

The VOICE: And what would you say to the women who are expecting and petrified (whilst stressing themselves and the babies at the same time) out of fear of this procedure?
Delia: There is nothing to fear. Just ask God to guide you through and all will be well.