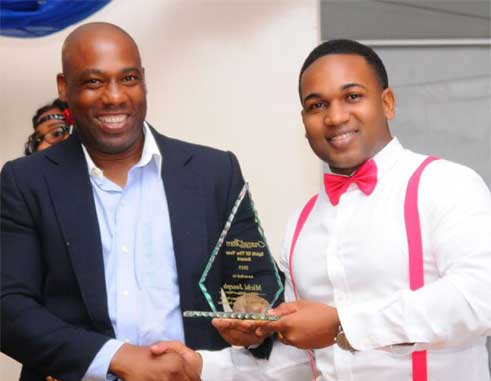 The event has been staged every year since the inception of the property. It provides an occasion for the proprietor to recognize and reward staff for their contribution to the hotel’s operations and success during the year.

This year’s edition of the staff awards marked the tenth year that this event has been staged. Seventeen staff members were recognized under the category of “Excellence for Department Employee of the Year”. Their prizes comprised all-inclusive weekends for two at high-end resorts around Saint Lucia along with boat rides.

Apart from the “Department of the Year” (Restaurant) which won a trophy and boat ride, individual winners in the respective areas listed above won a range of prize packages of two to four items comprising television sets, refrigerators, cash, tablets and stoves.

Among some of the recipients of the 10 “Special Awards were”: Spirit of Coconut Bay – Michi Joseph, Smile of the Year – Maryanne Mangal, Unsung Hero – Leonard David and Manager of the Year – Christina Gyan.

In addition special prizes of a wrist watch each from Colombian Emeralds were presented to 30 long serving staff members, who have been with the hotel since its inception in March 2005. Winners in all prize categories including long-serving staff members were all handed certificates of appreciation.

Quite apart from the focus on recognition and appreciation, the Annual Staff Awards provided an opportunity for strengthening work relationships, consolidating the Coconut Bay ‘family spirit’ and recommitment to the Coconut Bay ideal of excellence in service and product.