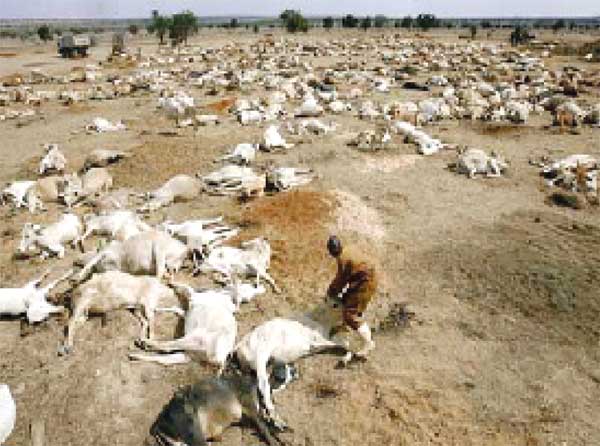 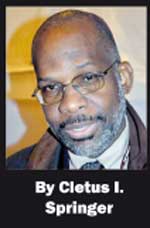 IN a matter of weeks, negotiators from States Parties to the UN Framework Convention on Climate Change (UNFCCC) will meet in Paris, France for yet another conference aiming for a global and binding agreement to limit greenhouse gas emissions that are causing climate change. Our own indefatigable, energetic and determined, Senator Jimmy Fletcher will be there, along with his Caribbean and SIDS counterparts pushing for a deal that limits the future average global temperature of the earth to 1.5 degrees Celsius.

In a world that has become fused in almost every conceivable respect, especially economically, the impacts of climate change will truly be global. Airports, harbours, hotels, oil storage facilities, highways, schools and other infrastructure located on the coasts of many countries will likely be submerged by rising sea levels and from storm surges; more intense, more frequent and more devastating hurricanes will visit; farming and agriculture will be affected as production cycles are disrupted by drought episodes that persist during traditional rainy seasons and flooding episodes that appear and persist during dry seasons; waves of thick sargassum weed will likely become the norm on our shores; the ability of the ocean to absorb the humongous amounts of carbon spewed from land-based activities will be severely compromised; fish stocks and nurseries will be eviscerated; hospitals will see more cases of pulmonary diseases, heat stroke and vector-borne diseases.

The main point that Caribbean countries and other SIDS have made at every climate change conference over the past 20 years is that those countries that are contributing to a changing climate have an obligation, moral and legal, to do something about it—-to clean up their act—and to compensate those countries whose development prospects are being affected and will continue to be affected.

So far, little progress has been made in getting these arguments through the wall of obdurate and downright meanness of industrialized countries, who continue to resist any and all claims for restitution and compensation.

Let’s be clear. This failure is not due to poor strategy or weak negotiating on the part of SIDS negotiators. If anything it is due to the rising sea of inequality that governs relations and indeed negotiations between countries. For one, the size of the delegations of those opposing a climate deal at UNFCCC events far exceeds that from the SIDS. And perhaps more critically, the local politics in those countries who are opposed is better coalesced, than in SIDS. In other words, those who are opposed to a deal are more vociferous in their opposition than we in the Caribbean and other SIDS have been in support of a deal. The clamour for reparations for slavery has not matched that for compensation for loss and damage caused by climate change.

And so negotiators will head for Paris very much in the long shadow of a calamitous Copenhagen, where six years ago, leaders met amidst similar levels of hope and hype but failed to reach a deal.

Are things any different now than six year ago? Is there more reason to hope?

Some say we’ve come a long way and that things are looking up.

Well, there is good news and bad news. The good news is that there are less climate change skeptics in the US than six years ago. The bad news is that this change in public opinion has yet to filter through to the US Congress and Senate where the real opposition lies. The election of a new government in Canada is a definite plus, both in terms of the promise of more aggressive mitigation pledges and more financial and technical resources.

And perhaps most promising of all, is the news that nearly 150 countries, rich and poor, developed and developing, have registered pledges with the UNFCCC Secretariat to cut their GHG emissions. The bad news is that these pledges are well below the 1.5 target that the people of the Caribbean and SIDS desperately want to see. Moreover, not all countries are using the same base years and not all target factors in the GHG impacts of expanded economic growth and development, especially in emerging industrial countries. I may have missed it, but I have not seen any standardized formula to inform the way these abatement targets are calculated.

Then too, there is the issue of monitoring and verification. It’s all well and good for countries to pledge to act, but what’s to hold them to their pledges? How will we know if they will do what they promise to do? If the GDP growth statistics of some countries are being so hotly disputed, can their GHG abatement figures be trusted? If a deal is to be binding, what enforcement, compliance and judicial mechanisms will be set up, and at what cost?

Beyond the issue of money, there is the issue of technology transfer. The only way developing countries can expand their economies without increasing their GHGs is through low (er) carbon technologies. How will this technology be transferred, by whom and how quickly? Technology is largely owned by the private sector and held in lucrative patents. And as we all know the private sector is not swayed by anything but profits.

Also, beyond the matter of the quantum of money that is made available is the matter of the speed at which it is transferred and absorbed by the countries who receive it. What conditions will be attached to the use of this money?

While the world awaits a successful outcome at Paris, the planet cannot wait. Its natural ability to repair itself has been severely compromised. It can take no more. Current and future generations will pay the price of inaction in Paris.

Either we get it right in Paris or our planet goes BUST and so too our lives and livelihoods!