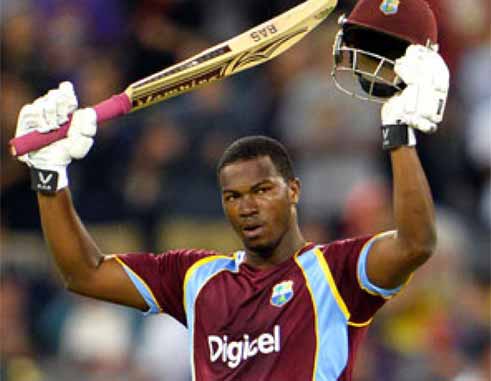 W.I. Go Down To Sri Lanka in Second ODI.

A well played knock of 83 by St Lucian Johnson Charles was not enough to bring victory to the West Indies in their second ODI against Sri Lanka yesterday.

The West Indies led this time by Marlon Samuels in the absence of Jason Holder who was on a one match suspension, lost by eight wickets and with it the three match series with one match to be played on Saturday..

The match marked a bona fide return to form for three Sri Lanka cricketers, playing in their favoured format. Thirimanne had been poor enough in Tests to warrant his exclusion last month, but was chanceless on Wednesday, prospering square of the wicket as fluidity appeared to have returned to his game.

Kusal had had a bleak Test series against West Indies with the bat, but yesterday delivered Sri Lanka to the doorstep of victory before miscuing at 99.

A trimmer LasithMalinga also appeared back to near his best, both with the ball and in the field, effecting two direct-hit run-outs off his own bowling. He collected figures of 2 for 43 from 7.4 overs, first claiming a wicket with his first ball of the game, then thwarting West Indies’ final sprint with his variation.

The match had been shortened to 38 overs a side, after rain forced an interruption of more than three hours 26.4 overs into West Indies’ innings. A similar rain interruption had resulted in a revised format in the first match. On this occasion, the West Indies won the toss and decided to bat.

They were in early trouble with two wickets going down for 29 including that of ODI debutant Jermaine Blackwood.

Charles, after a shaky start, soon got into his stride and played some fine shots along with Barren Bravo to steady the ship. They put on 70 for the third wicket before Bravo fell for 21.

Samuels, who has had a torrid time throughout the tour, found some form this time and stayed for a while with Charles who continued to bat well. Charles hit four sixes and seven fours and seemed to be sailing towards his third ODI century when he was out for 83 off just 70 balls.

Samuels took over after Charles left and played a fine innings of 63 with two sixes and four fours before he became the first of four run outs, three of which took place in the dying stages of the innings.as the West Indies ended at 214 off 37.4 overs.

Under the D/L method, this set Sri Lanka 225 to win. Sunil Narine accounted for the early wicket of Dilshan but the West Indies and to wait another 156 runs for their next success as opener KusalPerera and LahiruThirimanne took the attack apart.

Perera was unlucky to be out one short of his century but by then Sri Lanka were well and truly on the way to victory. He had hit four sixes and six fours while Thirimanne remained unbeaten on 81 when the target was reached.