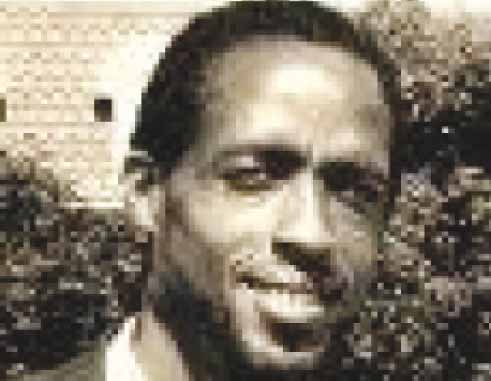 MANY people when guessing my age put me in the youthful bracket but I have changed lanes. Thanks to life, it is a lane I will never ply again. But I am happy that I was born when I was. I usually reminisce that Saint Lucia now is not the Saint Lucia that I grew up in. This place has been turned on its head and the blood pressure is causing some vessels to rupture.

Often I look at the behaviour of our youth and I ask myself, “What did we do wrong?” I remember seeing my great grandmother “putting licks” on my aunt who was already in her thirties for attempting to lift a knife on her husband and the disciplining was public. I thank God for the extended family that I grew up in. All my aunts and grandaunts were my mothers but the scourge that brought us where we are today had already begun.

There were not many male father figures in my life. Our school staffing was being female-dominated as there was only one male figure head at my infant school and that would not change drastically in primary school either. I remember walking miles to the river to fetch drinking water and the daily walk to school was a pleasure. I remember sharing in the family enterprise, as I had to ensure that I had burnished my daily quota of clay pots before I left for school and that the yard was spanking clean of all leaves and other debris. And no, I did not have my own lunch kit going to school. Lunch was a communal gathering when my older cousin would dish out to each their little compartment from the “kari-a”. And I did not go to school with the latest Nike. I am from the “jarry” generation and proud of it. The little ring games we used to play: “man bal, man bal, kote man bal?” We were not isolated in front of an Xbox. And then they spoilt all the fun and brought me, at the age of eight, to Castries, the new frontier of “development”.

You honestly think I would dare spit on a reporter, curse an adult or throw stones into a crowded place. The public flogging I would have gotten I would have remembered for several generations. But this generation is lost, wayward and convoluted. But where did we go wrong? It’s a question that I can’t answer. But I think it has a lot to do with identity. We are lost. We do not know who we are as a nation. Foreign art is making a mess of us. History should have remained mandatory in our school system. We don’t know where we’re from and we sure don’t know where we’re going. Civics and morals, where have these gone to?

In my days you would not want anyone to know you’re a prostitute. But our girls walk the streets scantily dressed, a movement in fashion. The constant gyration. Our girls can’t keep still; a gravitation to dancehall music. Everybody has a tattoo and these days the men are wearing bigger earrings than the ladies. All our girls look like cosmopolitan models, fake eye lashes, fake eyebrow and fake hair. But why?

Our people profess to not liking to read. A nation that does not read is like a body with collapsing lungs. We are hemorrhaging Saint Lucia and the doctors ain’t helping. We need to go back to the days of the “lolobef” and banish this thought of removing corporal punishment from our home and schools.