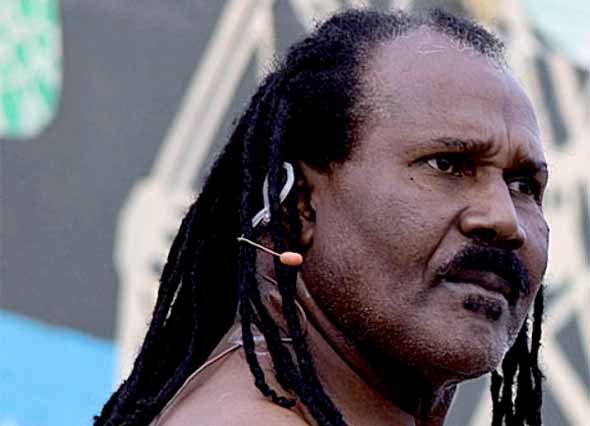 IT is rumoured that politicians have a reluctant respect for artists because they too possess the power to persuade and provoke, proving only too often that the pen is mightier than the sword.

Perhaps Sophocles, that wise old Greek, was contemplating this very thesis in 441BC when he penned his immortal play, ANTIGONE (an-ti-ga-nee).

Two and a half millennia later, this classic piece of theatre continues to be produced and performed around the world, engaging actors and audiences with its eternal lessons about the abuse of power and the inevitable payload of personal pain.

Being the very cut and thrust of theatre, pain takes centre stage in ANTIGONE, offering an enlightening exploration of the physical, moral and emotional repercussions that follow unilateral edicts. In his masterpiece – wish it were so here – Sophocles demonstrates that responsibility and accountability fall heavily, on the holders of high office, as well as on the ordinary citizens of Thebes (theebz), demonstrating that inevitably, we all suffer the slings and arrows of state-sponsored stupidity.

In summary, ANTIGONE the play, named for its namesake heroine, is the legendary story of one brave young woman who consciously defies the bastions of male ego and authority. In so doing, she contravenes established order and risks her own life. But she also moves us, both by the strength of her conviction, and the logic of her defence, which rests on natural law, emotional honesty and filial obligation.

However disruptive to the status quo, that strength commands respect, and as her ultimate jurors, both our intellect and our passion tempt us to side with her against the unilateral rulings of vain and vacuous men. Antigone’s admirable selflessness stirs our own spirit of resistance. But it also calls us to make difficult choices: between brutal justice and slothful peace. Difficult, because we know too well that evil oft’ thrives in the shadow of both extremes.

Hardly a superficial subject for any society, the need to limit political power is particularly poignant for us. Here we lie, a small island state, teetering on the brink of sustainability, changing electoral boundaries, playing at constitutional reform, and rehearsing for yet another general election; all that with so little promise of real improvement in our own democratic infrastructure.

Antigone – played by Shernel Justin – asserts that in such times, conscience and the laws of God and nature take precedence over the unjust laws of states and men. It is an assertion strongly opposed by her sister Ismene (is-may-nee) – played by Shanice Evariste – who argues for the rule of law and the maintenance of social order. Inevitably, each must decide where to stand… or fall.

Despite or because of its tragic finale, ANTIGONE remains a powerful piece of theatre, made more so in the hands of veteran Director, Alvin Hippolyte, who also plays the despotic Creon. Actor, lecturer and Professor of Theatre at City University of New York (CUNY), his most recent foray into local theatre was in 2010, when he directed FOR COLORED GIRLS, the celebrated work of NtozakeShange about the oppression of women in a sexist and racist society.

No stranger to oppression and tragedy in his adopted country, Director Hippolyte is lending his considerable experience to a dynamic cast of both young and mature actors who show great promise with material of such nuance and complexity.

In this substantial undertaking, Hippolyte is supported by the indefatigable Landmark team. Clearly at home in the world of theatre, Landmark Events is credited with successful stagings of many annual and one-off events, including Hot Couture, the Charles Cadet Cultural icon concert, and several Walcott plays, including Pantomime (2014) and O Starry Starry Night (2013), both sponsored by First National Bank.

ANTIGONE (an-ti-ga-nee) opens with a champagne gala at 8:00p.m.sharp on Wednesday, September 16, 2015. Tickets are a respectable $85, all-inclusive. Curious and committed theatre-goers are encouraged and expected to commune, consume and comingle. For those on a less elastic budget, the play continues Thursday September 17 through Saturday September 19 with advance tickets priced at a modest $45.

In a society where good theatre is increasingly rare, the wisdom of Sophocles and the artistry of Hippolyte will hopefully persuade and provoke us, not unlike the influential artists cited in the opening paragraph above. Thankfully, if those two bards can be faulted on any one point, it would be for hoping that men of power, when exposed to good theatre, might eventually return to their senses. Alas, the truth is history.